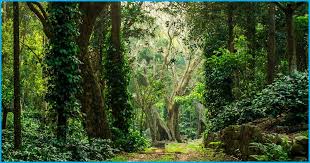 President Gotabaya Rajapaksa yesterday turned down a plea by villagers to allocate three kilometres of forest cover to build a new road in Deraniyagala, officials said.

“I cannot agree to it without consulting environmental experts”, he said during an interaction with villagers in the area on Saturday.

Environmentalists believe that some local politicians had coaxed villagers to urge the President to release the forest land ostensibly for a road for which hundreds of valuable trees will have to be felled.

“For all we suspect, there seems to be more interest in the timber than on building a new road from Pallebaga to Kitulgala through Makandawa Reserve, a haven for birds.

Bird enthusiasts said the Forest Reserve is one of the best hidden away locations in the vicinity of better-known Kitulgala.

The Department of Wildlife has already filed 219 cases against forest areas being used for development activities.

A senior official told The Sunday Island that Court orders have been given and they need to be implemented.