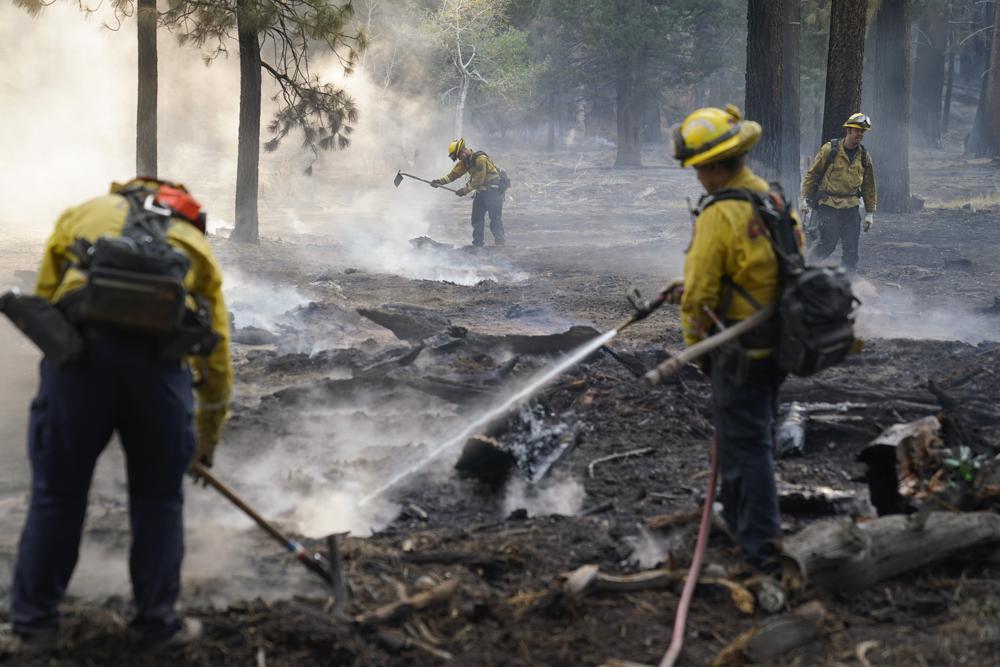 SOUTH LAKE TAHOE, Calif. (AP) — Favorable weather helped firefighters trying to save communities on the south end of Lake Tahoe from an approaching wildfire, but officials warned Wednesday that stiff winds and dry conditions mean that homes in the California-Nevada alpine region are still in danger.

“Finally some good news on the weather side of things here on this fire,” Jim Dudley, a meteorologist assigned to the fire, said at an evening briefing. Winds were expected to calm significantly over the next several days, he said, but risks remain with extremely low humidity levels.

The Caldor Fire remained roughly 3 miles (5 kilometers) south of the recently evacuated city of South Lake Tahoe, moving northeast toward the California-Nevada state line, said Henry Herrera, a battalion chief for the agency, which is also known as Cal Fire.

Crews tried desperately to keep flames away from urban communities, where houses are close together and shopping centers, hotels and other structures would provide even more fuel for a fire that so far has been feeding on trees, grasses and scattered homes and cabins.

“We’re still not out of the woods. The fire is still moving,” Herrera said.