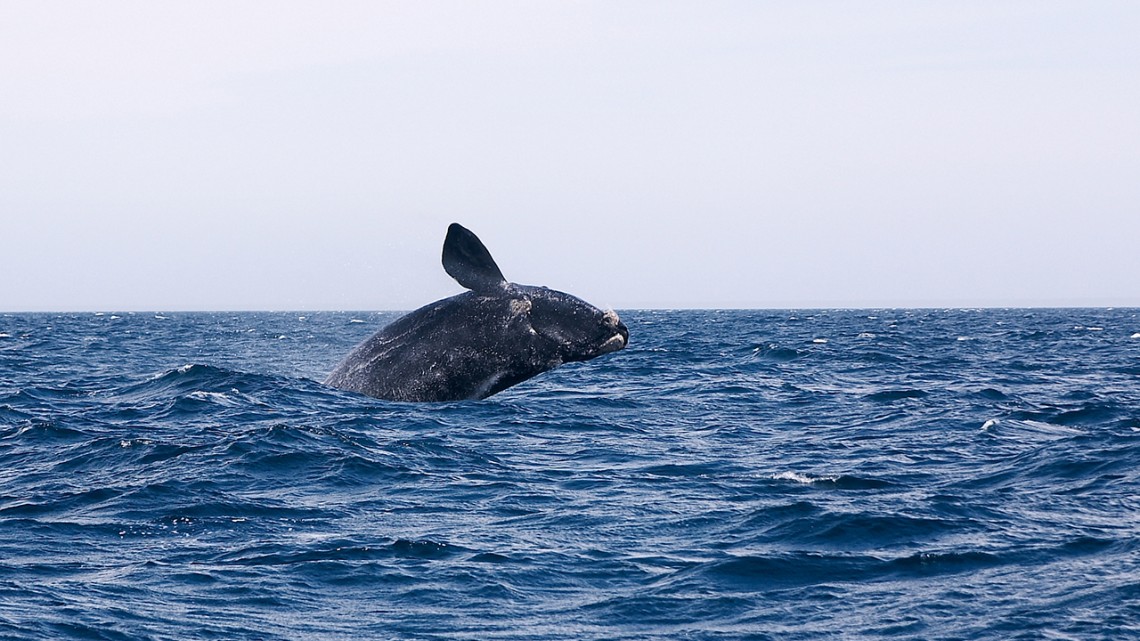 Without improving its management, the right whale populations will decline and potentially become extinct in the coming decades, according to a Cornell- and University of South Carolina-led report in the Sept. 1 journal Oceanography.

“Most of the warming in the Gulf of Maine is not coming from the atmosphere or ocean surface, as one may think,” said senior author Charles Greene, professor emeritus in the Department of Earth and Atmospheric Sciences in the College of Agriculture and Life Sciences. “It is coming from invading slope water many hundreds of feet below the ocean surface, forcing the right whales to abandon their traditional habitat.”

The species is considered critically endangered by the International Union for Conservation of Nature Red List of Threatened Species.

Individual whales are not interchangeable; each right whale has its own name and personality, and scientists know them quite well. The whales have been given monikers including Tux, Popcorn, Arrow and Sundog. When scientists spot the right whales, they log the sighting into an international catalog for a perpetually updated census.

“Right whales are one of the best studied, best understood populations in the ocean,” said Greene., a faculty fellow at the Cornell Atkinson Center for Sustainability. “We basically know every individual. It’s very rare that you can study a population where you know everybody.”

And when the right whales have run-ins with humans, such as large ships or commercial fishing lines, scientists can easily identify their carcasses.

The warm slope water entering the Gulf of Maine at depth derives its heat from the Gulf Stream. As the tail end of the Atlantic Meridional Overturning Circulation, the Gulf Stream has changed its trajectory dramatically during the past ten years.

“Due to a warming climate, the Atlantic Meridional Overturning Circulation is slowing down, causing the Gulf Stream to move North, injecting warmer and saltier slope water into the Gulf of Maine,” Greene said.

Since 2015, scientists have witnessed an increased number of right whales feeding in the Gulf of St. Lawrence, where there were no protections in place to prevent ship strikes and fishing gear entanglement. This has led to an Unusual Mortality Event declared by NOAA in 2017, when 17 right whale deaths were confirmed, mostly in the Gulf of St. Lawrence. Ten right whales were found dead in 2019, while for 2020 and 2021, four deaths have occurred thus far.

“Right whales continue to die each year,” said lead author Erin Meyer-Gutbrod, Ph.D. ’16, assistant professor at the University of South Carolina. “Protective policies must be strengthened immediately before this species declines past the point of no-return.”

“Right whale populations can shift quickly and unexpectedly in our changing climate,” Meyer-Gutbrod said. “There is no time to waste.”

Funding for this research was provided by the Lenfest Ocean Program.