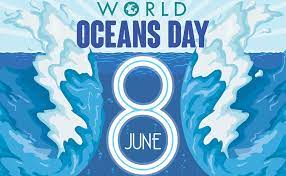 “A Facebook post by Hemantha Withanage, Executive Director at the Centre for Environmental Justice Sri Lanka, had dubbed X-Press Pearlas a “toxic vessel”. He warned that the “billions of plastic pellets washed ashore from Colombo to Gampaha would last for 500 to 1000 years. You may collect 50%, but the rest will remain in the coast in the sand.””

World Oceans’ Day on June 8 this year is of particular significance to Sri Lanka because the theme this time is “Life and Livelihood”. Both life and livelihood had come under severe threat in the island when the container vessel X-Press Pearl carrying hazardous chemicals like nitric acid, caught fire and sank 9.5 nautical miles off Colombo harbour. Tons of plastic and other dangerous effluents were washed ashore between Colombo and Negombo. Marine life, including turtles, dolphins lay dead on beaches and human lives were threatened.

A Facebook post by Hemantha Withanage, Executive Director at the Centre for Environmental Justice Sri Lanka, had dubbed X-Press Pearlas a “toxic vessel”. He warned that the “billions of plastic pellets washed ashore from Colombo to Gampaha would last for 500 to 1000 years. You may collect 50%, but the rest will remain in the coast in the sand.”

The vessel apparently had 81 containers with dangerous chemical cargo including 25 tonnes of nitric acid and caustic soda. The nitric acid, which had leaked because of bad packaging, caught fire and the result was an inferno lasting several days. Commenting on this, Withanage said: “Nitric acid is extremely toxic if inhaled. It is corrosive to metals or tissue. Prolonged exposure to low concentrations or short term exposure to high concentrations to Nitric acid may result in adverse health effects, the team warned. Some chemicals which are not toxic in a pure state could be dangerous if ignited and mixed with water.”

“Plastic pellets can adsorb other pollutants in water and transfer them through the food chain. Or, if burned, could emit other hazardous endocrine disruptive chemicals such as Dioxin, Furans, Mercury and Poly-chlorinated Biphenyls into the atmosphere. Some of the poisoning symptoms would take time to appear while some show up immediately. A massive number of ocean creatures had died along the coastal belt.”

The environmentalists’ team led by Withanage warned that although the effect on humans is not yet prominently shown, “it should be understood that depending on one’s immunity level, nutrient intake, hormone functioning, age, gender, chronic diseases, duration and frequency of exposure and route of exposure, the effect of these chemicals can vary on different people.”

Peder Michael Pruzan-Jorgensen, who served on the Danish government’s ‘Council on Corporate Responsibility’ from 2009-2012, said that the world’s environmental situation, already acute, will worsen due to marine accidents involving container vessels. Describing the current global environmental situation, he said that 80% of the world’s ecosystem is being degraded faster than the recovery rate. Since the global centre of economic gravity is shifting to over-populate Asia, there will be new environmental problems, he warned.

The container vessel sector is a polluting sector, he asserts. Most of the issues faced by the container shipping industry relate to emissions. Therefore, the focus is on Green House Gas (GHG) emissions.

“There also strong signals that sulfur oxide (SOx), Nitrogen oxide (NOx), Particulate Matter (PM) and black carbon would receive greater attention due to the significant human health and environmental impacts. The industry’s total Carbon Dioxide (CO2) emissions comprise between 3% and 4% higher than the total emission of Germany. The annual Particulate Matter (PM) and Sulfur Oxide (SOx) emissions from the shipping industry contribute to the premature death of more than 60,000 people globally. They also contribute to millions of peoples’ respiratory problems, specifically those living close to congested ports,” Pruzan-Jorgensen writes.

Bunker fuel, (low grade heavy fuel oil used to power a ship), is the major reason for toxic emissions. The International Maritime Organisation (IMO), the global body that regulates the industry, had set out to bring the sulfur content down to from 4.5% by 2012 and further down to 0.5% by 2020. Nitrogen-oxide (NOx) contributes to respiratory issues. Black carbon is widely considered a particularly harmful substance that is potentially the second largest contributor to global warming after CO2, he says.

The impact of ballast water discharged by container vessels is another key area of environmental concern. Ballast loading is necessary to stabilise a ship at sea. Towards this end, water is collected in special ballast tanks before departure from the port. Large tankers can carry in excess of 200,000 m3 of ballast water.

“But when pumping up ballast water, local marine organisms will inevitably be included and probably also some sediment with adsorbed marine organisms. Without special precautions, this practice causes a massive spread of marine organisms from their native habitats to areas where they do not naturally occur. Ballast water is therefore widely regarded as the most important vector for the spread of potentially invasive alien species,” Pruzan Jorgensen says.

International container shipping companies also deal with issues of legality because both legal and illegal products are transported through the shipping networks.

“Companies find themselves under the same kind of pressure that telecommunication services providers have experienced for transmitting content they can’t control,” Pruzan-Jurgensen points out. Container vessels must, therefore, be extremely watchful about what is loaded.

Advanced Cargo Information Schemes (ACI) exist but these have to be strengthened, he advocates. However the general trend towards increased transparency will put additional pressure on the logistics supply chain to guarantee stellar security, which will also come with an additional financial burden. Some international container shipping lines will see opportunities in upholding high standards under all circumstances, Pruzan-Jorgensen points out. “These companies recognise that serious security breaches can have wide-ranging reputational and operational impacts, as well as serious cost implications. Such companies will look to organise their security efforts to ensure continuous improvement. They also will strive to collect and report appropriate data to regulators, enforcement agencies, and supply chain partners.”

Safety performance has stagnated, and has, in some cases, worsened, the expert says. “Ships now are twice as likely to be involved in collisions or groundings compared to just five years ago. Human error is a key issue, and it is on the rise due to an increasing undersupply of skilled crew worldwide–combined with more technical equipment, that has increased the complexity of operations.” Pruzan-Jorgensen also noted that in the container vessels sector, qualified people prefer shore-based managerial jobs rather than take up a position on board vessels. Higher commercial pressures result in increased workloads, and compound other problems. The global economic crisis is also a key factor affecting shipping safety performance, as the agenda shifts to cost cutting initiatives.

The X-Press Pearl case underscores the need for foolproof packaging, transparency in the communications between the vessel and port authorities and improved facilities in ports. It is not clear if the captain of X-Press Pearl informed Colombo port about the ship’s having been denied entry into Qatar and Hazira ports because of the Nitric acid leak. It is also reported that these two ports did not have the technical and manpower resources to plug the leak and therefore asked the vessel to go away. This only underscores the need to improve facilities in ports accommodating container vessels loaded with thousands of containers.

Need for US$ I trillion

Charles W. McCammon, a Risk Consultant, in his blog dated February 18, 2020, says that the new environmental regulations and financing headwinds may lead to the container vessels industry needs more than US$1 trillion to set up new systems to meet the new demands and challenges.