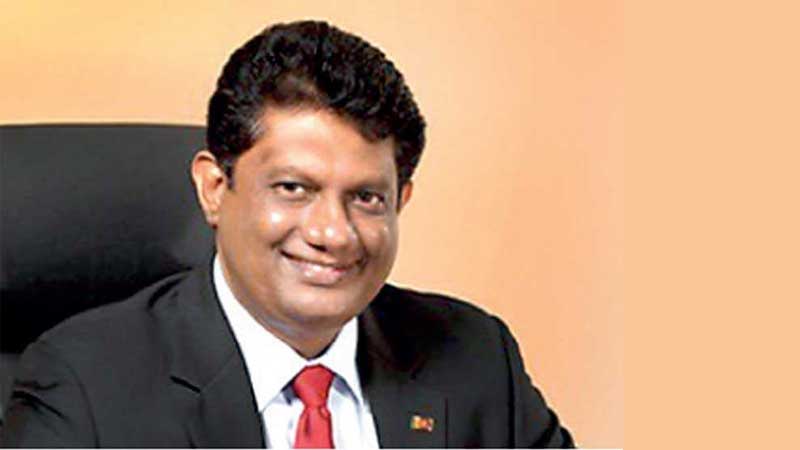 Addressing the media at the Government Information Department yesterday, he said that an interim claim of USD 40 million is sought as compensation for the first ten days when the ship caught fire.

However, he added that the calculated amount of compensation is only for the first ten days, and the total damage is still being assessed.

“The destruction caused by the MV X-Press Pearl and its debris is gravely taken by the government. Since day one, the government is persistently engaging with the owners of the vessel. However, as a government, we cannot directly involve in towing the wreckage from Lankan waters; if so, it can affect negatively in seeking the rightful claims,” he highlighted.

He also added that for salvage operations, the owners had undertaken the responsibility of towing the ship. Therefore, the company will probably be removing pieces of the ship from time to time.

“MEPA has commenced litigation for the first interim claim from the owners of MV X-Press Pearl and her insurers. The claim will be used to clean the damage caused by the incident and pay compensation for those whose livelihoods have been impacted. The fisheries industry has been hit hard due to the MV-Xpress Pearl incident. As a responsible government, we will compensate the fishing community for their loss of income,” Dr Godahewa said.

State Minister Godahewa said that since the beginning of the incident, the government has continuously cleaned up beaches. As a result, up to date, over 1,000 tons of plastic and other debris have been collected and stored in 44 containers in a hazardous waste facility provided by the Central Environmental Authority (CEA).

He added that foreign assistance is sought to claim a properly calculated claim, and one of the experts expected today is a professional in economic calculations. The other two are experts in the field of environmental damage.

Lahandapura assured that bunker oil has not leaked into the sea waters. “ The Captain of the salvage company has written to us confirming that there is no bunker oil leakage. Near water samples from the ship are obtained daily and being tested. If a sudden oil spill happens, teams are ready,”she added.