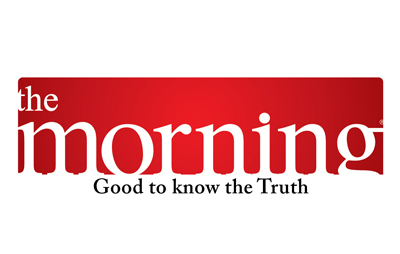 Cautioning the ruling authorities, several health sector trade unions and associations have claimed that the country’s situation is far worse than it appears. Recently, foremost medical association, the Sri Lanka Medical Association (SLMA) claimed that the actual number of Covid-19 infected persons in the community could be as high as five times more than the number of cases confirmed through polymerase chain reaction (PCR) tests conducted daily, mainly due to testing limitations and the new, more aggressive variants prevalent in the country.

This comment, which is a warning, comes after several parties, especially health sector trade unions, claimed that the intensive care unit (ICU) capacities in leading hospitals treating Covid-19 infected persons as well as oxygen providing capacities are reaching a critical level at an alarming speed. It has also been acknowledged by the Health Ministry’s Communications Director and Public Health Services Deputy Director General Dr. Hemantha Herath, who stated that 81 out of the 146 ICU beds earmarked for Covid-19 infected persons were occupied as at Tuesday. To make matters worse, Opposition Leader Sajith Premadasa recently alleged that providing normal bed facilities for Covid-19 infected persons has also become a challenge, and shared some photos in Parliament which appeared to show people sleeping on hospital floors on mats.

The situation is inarguably bad despite the vaccination drive which the health authorities and the Government say is a success, and at a time when the country has been reopened for almost all day to day activities, the risk is higher and cannot be ignored. ‘What should the Government do now’ is the biggest question Sri Lanka is facing at present.

Reopening the country is a decision the Government had to take in the midst of diverse opinions for and against the decision. However, an open minded person would say that reopening the country was a pressing need that the Government, regardless of the ruling Party, could not ignore, due to the informality of Sri Lanka’s economy which is filled with daily wage earners and the increased health care expenditure. However, in a context where allowing people to move about freely is a decision which also contributes to the increasing Covid-19 cases and deaths, the Government is now facing a conundrum as to what to do.

The truth is, closing the country is not an option Sri Lanka can afford to implement. The country needs money, and the people’s economy is more unstable than it was a year ago. With the collapse of the tourism sector, exports sector and the foreign employment sector, the country’s foreign reserves are also in a sorry state, all of which have compelled the Government to enter into currency swaps and to take loans.

Keeping the country open, on the other hand, does not appear to be a viable option either, due to the severity of the pandemic and the people’s irresponsible behaviour which we see every day. The Health Ministry’s Epidemiology Unit statistics show that the number of deaths reported daily had increased to 74, while some local medical experts have cautioned that the number of deaths could climb up to 80-90 per day in the next two weeks. Re-imposing restrictions is in fact a request the Association of Medical Specialists (AMS) has made. They have also said that the relaxation of Covid-19 related restrictions was tantamount to ‘adding fuel to the fire.’

The country cannot go on with an unstable economy and an exacerbating national health crisis, and therefore, a decision has to be made to address the situation. We cannot forget that the prevailing situation is also affected by protests, the lack of resources, and also State policies which have not been designed to face a pandemic. Regardless of the ruling party, this decision goes beyond continuing and expediting the vaccination drive, and in every sense of the word, it is a difficult one to make. The Government is in an extremely unenviable position, well and truly caught between a rock and a hard place.

Live with Covid as we do with Flu: Boris Johnson