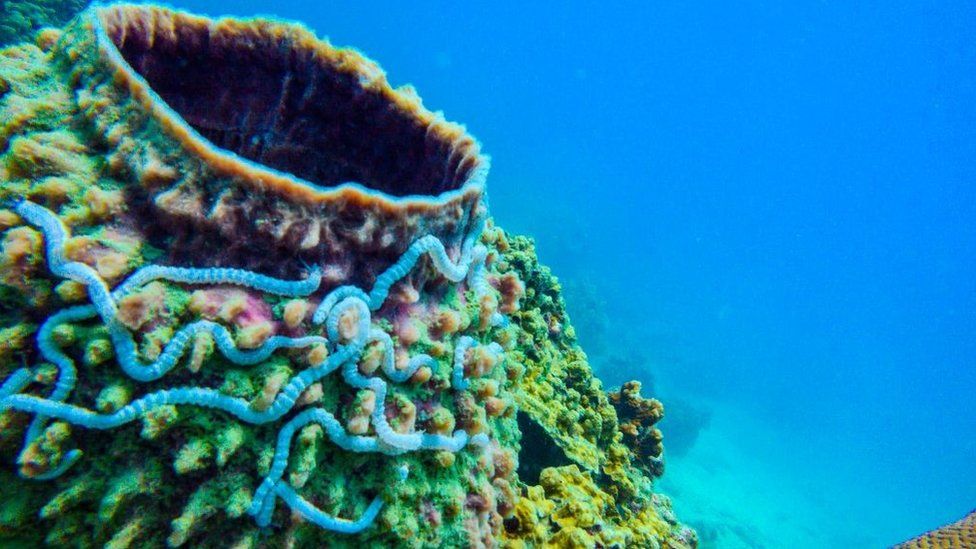 Thailand has banned sunscreens containing chemicals that damage coral from all of its marine national parks.

Concerns are growing that lotions tourists use for sun protection are harming slow-growing corals.

However, officials have not said how they plan to enforce the new rule.

The banned lotions are those containing oxybenzone, octinoxate, 4-methylbenzylidene camphor or butylparaben.

Similar bans have been introduced by the Pacific island of Palau and the US state of Hawaii.

This is the latest attempt by the Thai government to protect its coral from the tourism industry.

Maya Bay, on the island of Phi Phi Leh – made famous by its appearance in the film The Beach – has been closed since 2018 after most of its coral was destroyed.