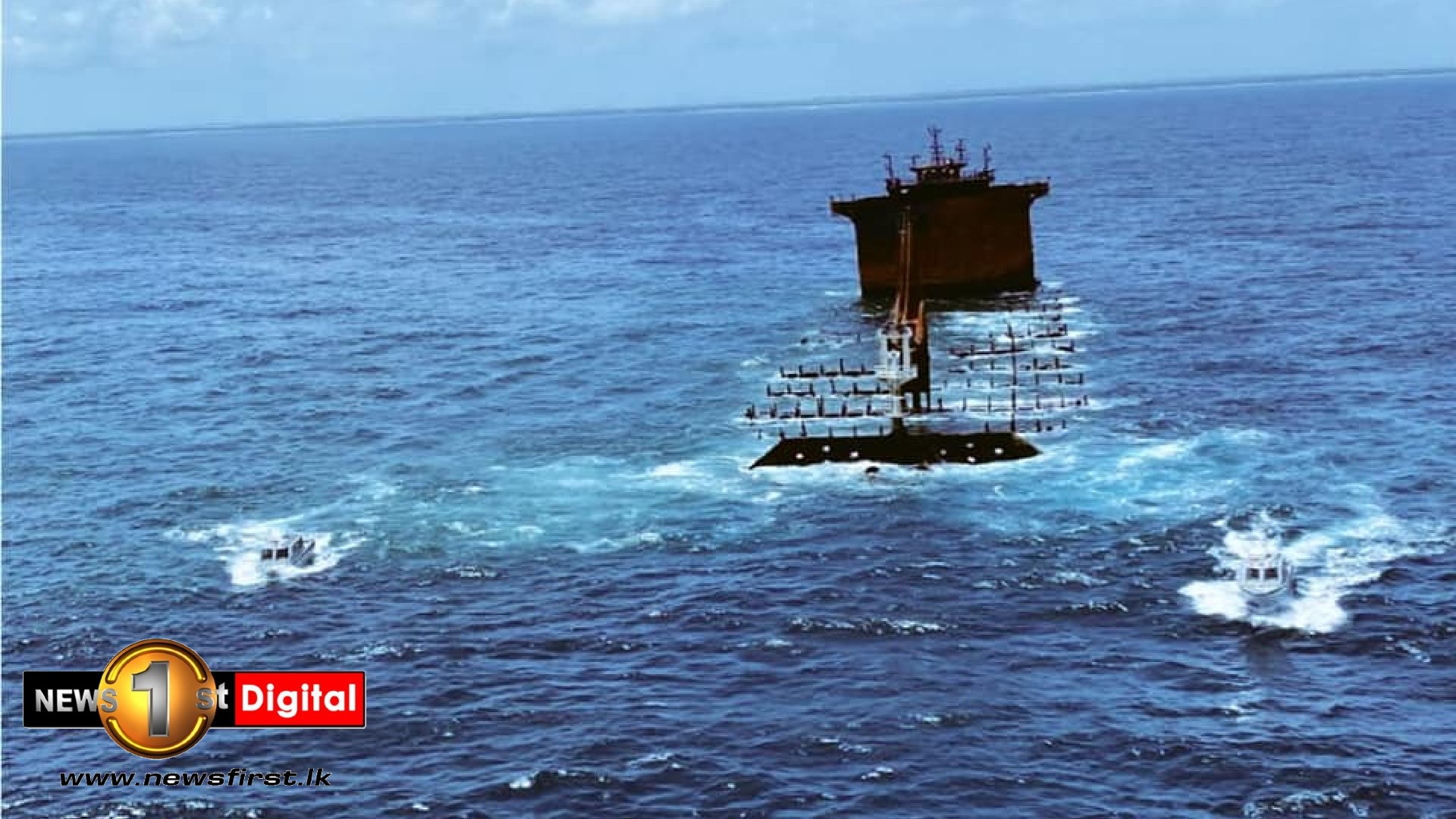 ‘The X-Press Pearl is now a wreck and it needs to be removed,’ stressed the Director General of Merchant Shipping Ajith Seneviratne on Sunday (04).

X-Press Feeders, operators of the container ship ‘X-Press Pearl’, report that a specialised salvors tug has arrived from Malaysia to take over the caretaker duties and drones have been flown in and will be deployed onsite to help with the ongoing monitoring activities.

On May 20, 2021, the Singapore -flagged Containership, ‘X-Press Pearl’ reported smoke from the cargo hold while at Colombo anchorage, Sri Lanka.

On May 21, the vessel reported fire on deck. Firefighting tugs were deployed by the port authority and a helicopter providing support to help fight the fire. The ship’s crew assisted with boundary cooling of the area.

On May 22, the sound of an explosion was heard in cargo hold #2.

12 crew members disembarked from the vessel on May 23 to make way for a 12-person firefighting team. The firefighting team continued the operation in conjunction with water spraying tugs on site.

By May 24, the fire had intensified and was spreading toward the aft of the vessel.

A further and louder explosion was heard on May 25, and as a prudent measure, it was decided to evacuate all 13 crew and the firefighting team of 12. The crew and firefighting team were transferred to a quarantine facility ashore. Unfortunately, two crew members suffered leg injuries during evacuation and were taken to hospital for attention. All were reported to be in stable condition.

Firefighting tugs were operating on-site throughout May 26, with the assistance of Sri Lankan Navy helicopters and vessels and two Indian Coastguard vessels.

On May 27, efforts to extinguish the fire onboard were ongoing with firefighting tugs, the Sri Lankan Navy and Indian coastguard remaining on scene. All measures were being taken to save the vessel and cargo and protect the marine environment, and it appears that the onboard fire has diminished somewhat.

An inspection team were able to board the vessel on Tuesday, June 1, and reported the engine room flooded. There are concerns over the amount of water in the hull and its effect on the ship’s stability. Efforts to make a connection for towing failed after several attempts due to the tug’s movement caused by the swell. The operation was aborted for safety reasons.

Despite salvors subsequently boarding the vessel on June 2 and attaching a tow wire, efforts to move the ship to deeper waters failed, and the ships aft portion sank to the bottom at a depth of 21 meters. As of 1500 Sri Lanka time, the forward area of the vessel remained afloat with smoke coming out of Cargo Holds No 1 and 2.

On June 4, the ships aft portion remains on the seabed at a depth of about 21 meters, and the forward section continues to settle down slowly. Salvors were able to retrieve the anchor.

Navy divers retrieve the vessel’s VDR on June 6 with still no signs of debris or fuel oil spill.