Sri Lanka to shift to electric vehicles and solar power 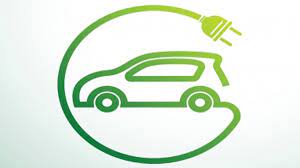 President Gotabaya Rajapaksa said that private and public transport accounts for nearly 60% of the fuel consumption in Sri Lanka.

“Therefore, electric vehicles as well as electric rail transport have the potential to reshape the transportation sector in the country. Transport costs can also be stabilized by completely stopping the importation of new vehicles powered with fuel as well as promoting the use of electric vehicles and providing electric engines for three-wheelers,’ President Rajapaksa said.

He said that transitioning towards the use of eco-friendly energy sources is imperative due to an increase in lung related diseases in the public and a rise in air pollution in urban areas caused by high fuel consumption.

By converting the Kelanitissa Power Station into an LNG Power Plant, the Ceylon Electricity Board (CEB) will also be able to reduce the high cost for fuel, the President said.

Therefore, the President said that the Government has taken steps to implement a number of proposals to change the pattern of consumption based on imported fuels.

The Government also aims to improve the renewable energy capacity to prevent 30 percent of fuel usage by the CEB for power generation.

Therefore, providing solar thermal power kits to every household, school, hospital and Government building will pave the way for the public to generate income by selling those units to the CEB while the pressure on the high cost borne by the people will also reduce. (Colombo Gazette)

Condemnation of the misleading statement made by Dr. Anuruddha Padeniya on the role of Agriculture Professionals