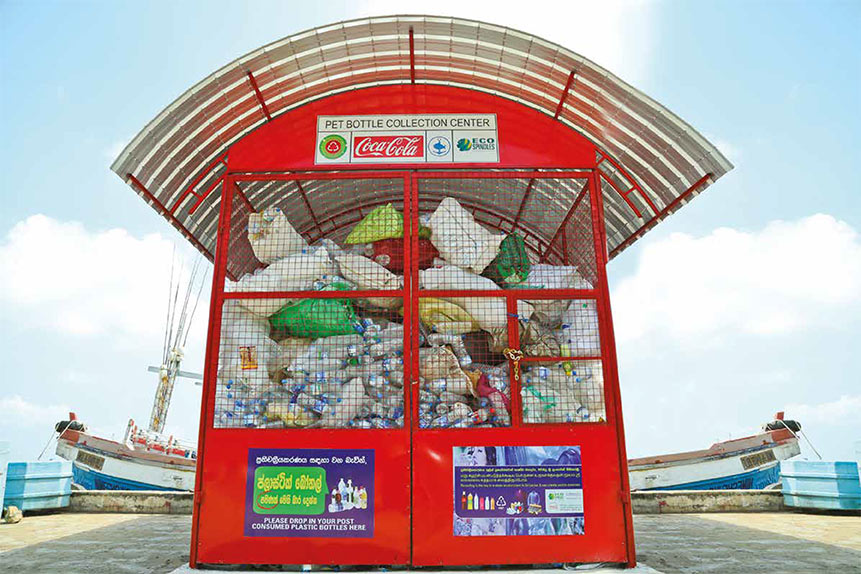 Sri Lanka will enforce a ban on ‘lunch sheets’ a thin plastic sheet that is laid on plates of food and is used to tie food packets, ban the imports of machines that produce them, and seize any in the country, a top official said while plastic garlands will be outlawed soon

The ban dated back to 2017 but was not strictly implemented.

“In terms of raids, it will take place everywhere from shops to boutiques and we will stop importing these machines as well. It is a small machine.”

Previous enforcement was not aggressive enough and it was difficult because of cottage industries, but there are also big companies, he said

Sri Lanka’s Central Environment Authority officers will conduct raids from August 01, either on their own with police support to seize lunch sheets.

“There is nothing new in this lunch sheet ban, we are reimplementing whatever that was implemented in 2017,” Jasinghe said.

Several alternatives are already present in the market but polythene lunch sheets were the cheapest.

“Before polythene came into being we managed, nowadays people live in their comfort zones, that’s the reason”, Jasinghe said.

“Even to recycle, lunch sheets cannot be collected like PET bottles,” Jasinghe said.

“Alternatives will not come up without enforcement, so when you don’t have it people will find new ways.”

He says people used bananas and lotus leaves to wrap food before.

Minister of Environment Mahinda Amaraweera had previously said that there are eight alternatives identified for lunch sheets.

When asked what those Jasinghe are said,

“There are not only eight but simply we can use bio-degradable products, banana leaves, lotus leaves, containers, etc., they are not officially identified as such. But we can see there are about eight alternatives at present.”

Biodegradable lunch sheets are a little expensive but the ministry had discussions with the manufacturer, the minister said.

And according to media reports, eight companies have joined in to produce biodegradable lunch sheets.

The other waste management issue Sri Lanka is handling is the yogurt cups.

Minister Amaraweera said earlier this week that yogurt cups will not be banned because there is no alternative in the market yet and if they are banned the dairy sector will be badly hit.

Sri Lanka discards 100 tons of used plastic yogurt cups each year of which only seven percent are recycled.

About 45 million yogurt cups and similar containers are dumped into the environment every month, the minister had said.

“Yogurt cups are hard to collect, they are dumped with remaining yogurt and the tin foil on, and when the foil is on it’s hard for collectors. They want uniform products,” Jasinghe explained.

“We support collectors and recyclers so with more support they will be able to do it too.”

At one time, yogurt cups came with plastic lids.

Other products that will be banned include string hopper trays, polythene garlands, plastic spoons, saucers, plates, forks, and cups.

“Plastic cups and saucers are often used for picnics, the alternative for these products are paper products and wooden cutlery or the people can always carry one from home,” Jasinghe said.

“For string hopper trays the alternative was already used and is in the market ‘batapathuru’ trays.

Polythene garlands are used in temples a lot.

Jasinghe said the divisional secretary of Kataragama where a prominent temple is, conducted a workshop for garland makers in that city on how to make garlands out of flowers such as Araliya and nurseries have also been started there.

“If you ask people not to do they will listen, so we will have to take it away,” Jasinghe said.

These will be banned on January 01, 2022, with a gazette notification, and from now onwards they can find alternatives thereby we will not affect their business too,”

“So we are giving enough grace period and on the other hand we have been misusing plastic from the 70s so why we can wait for a few months then everything will be transparent.”(Colombo/Jul29/2021)