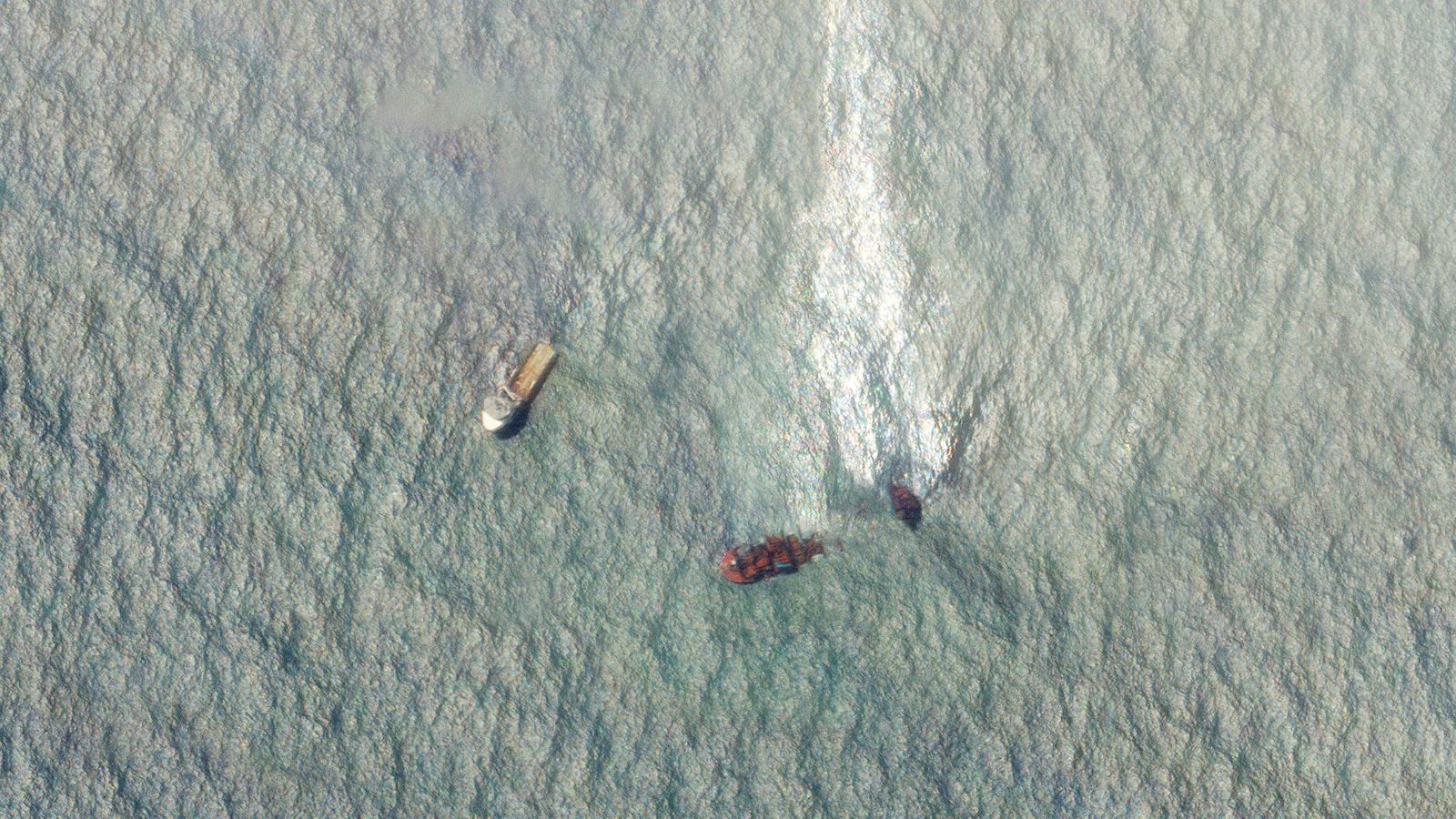 Evidence of oil seeping from the wrecked vessel can be seen in images taken on Monday, raising fears of the environmental impact.

A large oil slick surrounding the damaged container ship in Sri Lanka has been captured in satellite images.

The X-Press Pearl began to sink on 2 June after a fire broke out on board. The ship was laden with chemicals.The incident has been described as Sri Lanka’s “worst marine ecological disaster”.

Images showing dead turtles washing ashore and beaches covered in plastic pellets have emerged as authorities issued a ban on fishing in the area.Now, satellite images reveal a huge oil slick has poured into the water surrounding the damaged vessel.

Although a part of the ship has sunk to the seabed, large sections of the wrecked ship can also be clearly seen in the images.Evidence of the spill comes just days after attempts to assess the vessel for leaks were delayed due to rough seas and poor conditions.

The environmental impact of the disaster is being closely monitored by the International Maritime Organization.

The ship broke apart the day after authorities managed to put out the fire on board the vessel, which had been raging for 12 days.Most of the ship’s cargo, which included 23 tonnes of nitric acid and other chemicals, was destroyed in the fire. Efforts are under way to clear up and prevent the remaining materials from reaching the surrounding beaches and wildlife.

The navy believes the blaze was caused by its chemical cargo.

An investigation is under way. The ship’s Voyage Data Recorder (VDR), commonly known as the “ship’s black box”, was recovered. It records data on the operation of the vessel.The captain, chief engineer and assistant engineer of the Sri Lankan-flagged vessel have been banned from leaving the country.

The government has said it will take legal action against the owners of the ship to obtain compensation.

Shumel Yoskovitz, chief executive of the ship’s operator X-Press Feeders, apologised for the disaster, saying in an interview with Channel News Asia last week: “I’d like to express my deep regret and apology to the Sri Lankan people for the harm this incident has caused both to the livelihood and environment of Sri Lanka.”