Sri Lanka aims for the cleanest tea in the world 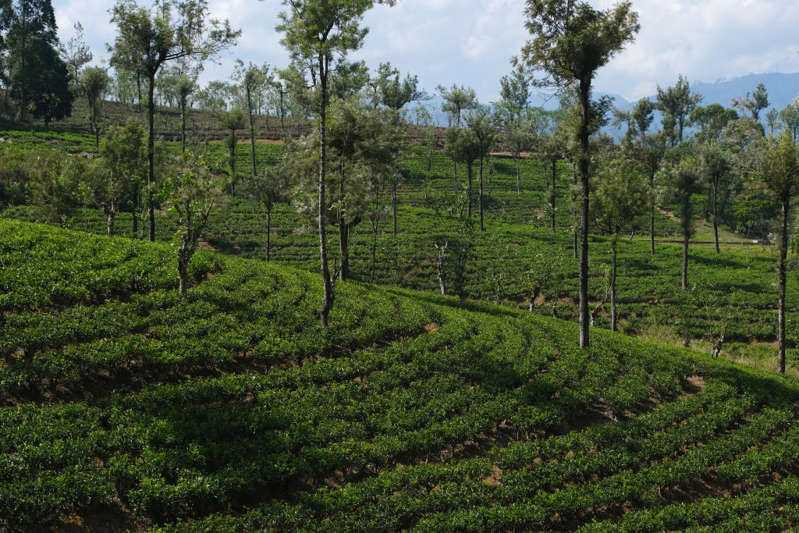 A green revolution comes with curbs on synthetic fertilizers, pesticides:

Growers in Sri Lanka are furious at government officials who essentially cut off the supply of fertilizers, herbicides, and pesticides in a broad and controversial edict to make tea grown there pristine and profitable. The programme is expansive, addressing cultivation on depleted soil, ageing stock, labour issues, domestic consumption, and export. Fertilizers are a flashpoint as delays prevented May delivery to smallholders.
FILE – BETWEEN ELLA AND KANDY, SRI LANKA – APRIL 8: A view of a tea plantation is pictured from a train heading to Kandy on April 8, 2019 in the highlands of Sri Lanka. The train ride between Ella and Kandy is often described to be one of the most beautiful and scenic in the world.

Kehel Gunanthna, president of a smallholders’ association, told the Business Times that it will take five years to transition plants from synthetic to organic fertilizer. He predicted quality and yield will decline, endangering the country’s exports. Maintaining high tea export volumes is essential for Sri Lanka, a country of 22 million that produces a 100 times more tea than could be consumed locally. Tea growers there comprise only five percent of agricultural workers but their combined output generates more than US$ one billion annually in foreign exchange dollars.

Whole and broken leaf tea is what separates Sri Lanka from commodity producers in Kenya and India. Orthodox processing takes more time and it is more expensive than CTC (Cut, Tear, Curl) processing, but the result is a premium tea by traditional standards. The trouble is, today’s consumer wants not only the leafier flavour but also assurances that the tea is sustainable, eco-friendly, carbon light, certified organic, and packaged in an environmentally responsible way.

No country in modern times has attempted to return to organic cultivation but Sri Lanka correctly perceives that consumers, especially young tea drinkers, favour this approach. Labour is at the centre of the challenge as 70 percent of Sri Lanka’s tea is now produced by the nation’s 600,000 tea smallholders. Organic farming is labour intensive and while the tea brings a better price, there is much less of it to bring to market.

In 2010, Sri Lanka produced 330 million kilogrammes of tea from bushes covering 222,000 hectares. It took some 160,000 metric tonnes of fertilizer per year, a rate of use that continued in 2020 but with 40 million fewer kilogrammes – despite the fact tea now covers 253,000 hectares, writes Jayampathy Molligoda, current chairman of the Sri Lanka Tea Board.

He is advocating for a nationwide effort to produce organic manure with high tech and is pushing for rules that will enable organic fertilizer to be imported. The effort is part of a strategic plan to offer Ceylon Tea with zero pesticide residue.

In 2017, the former chairman of the Board, Rohan Pethiyagoda said that to stay competitive, “you have to offer a product with characteristics that set it apart from competing origins. We also have to look at the needs of our consumer markets. Western markets tend to want clean teas with minimal impurities as well as pesticides; they are also interested in the ethics of tea, such as fair wages and also the non-use of child labour.”

“The fact that Sri Lanka is the only country in the world that produces black tea that ticks all these boxes is hugely significant,” he said.

In 2019, Sri Lanka banned the use of glyphosate, a weedicide widely used in tea lands. The decision was out of concern for smallholders experiencing health problems due in part to less rigorous application standards. Self-poisoning led to a disturbing number of rural suicides. The rate declined by 70 percent in the two decades since 1976 but it remains the second most common method resulting in 800–1,000 deaths per year. Academic research published in May 2020 concluded “regulation and replacement” of more toxic pesticides with carbosulfan and profenofos significantly reduced self-poisoning.

The larger regional plantation companies (RPC) experienced fewer incidents of concern. In fact, Sri Lanka was recently nominated for a UN-backed award for controlling the use of highly hazardous pesticides (HHPs). The World Health Organization estimates exposure to hazardous chemicals killed or compromised the health of 1.6 million people in 2016. These same RPCs rely heavily on fertilizer which has grown costly on the rising price of oil and is in short supply for many reasons related to the pandemic. What Sri Lanka is proposing is monumental. Molligoda believes it will take nothing less than a green revolution like that of the 1950s.

“The long- term value creation for the shareholders depends on the sustainable development of the estates and the community in which they operate,” he writes. “If the estate management does not look at long term view, it is unlikely they make profits on a continuous basis.” The bigger question, he writes, is whether “we are leaving the tea plantations to future generations in a better condition than the one we inherited?” (STiR)