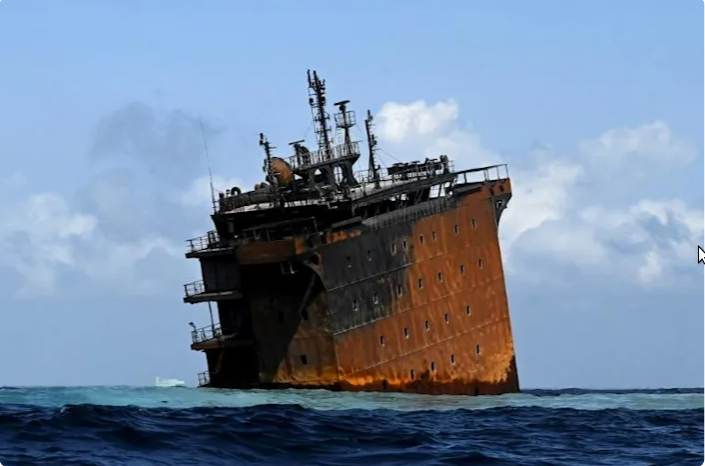 A Sri Lankan court hearing into the fire and sinking of a container ship off Colombo was told Monday that its local agent had deleted e-mails vital to the investigation.

The Singapore-registered MV X-Press Pearl reported an onboard acid leak to its representative Sea Consortium Lanka who in turn failed to alert local authorities, the state prosecutor said.

He said investigators found that Sea Consortium had wiped its e-mails with the Russian skipper Tyutkalo Vitaly.

“The magistrate ordered the local agent (of the ship) to provide the originals of the e-mails from mail servers located abroad,” a court official said.

Sri Lankan port authorities had said they were unaware that the vessel had been leaking nitric acid since May 11, nine days before the fire started in Sri Lankan waters.

Ports in Qatar and India had refused to offload a leaking acid container which had been loaded onboard in Jebel Ali, Dubai.

The Voyage Data Recorder, also known as a maritime “black box”, was found intact and is expected to help investigators review procedures and instructions ahead of the disaster.

Sri Lankan authorities hope the black box will provide details of the ship’s movements and its communications with the Colombo harbour, where it had been due to dock.

Authorities are bracing for a possible oil spill from the submerged wreck. However, there has been no sign of any leaks so far, they added.

Tonnes of microplastic granules from the ship swamped an 80-kilometre (50-mile) stretch of beach declared off-limits for residents. Fishing in the area has been banned.

Sri Lankan environmentalists on Friday sued the government and the ship’s operators for allegedly failing to prevent what they called the “worst marine disaster” in the country’s history.

An Avoidable Environmental Catastrophe: Where Did It Go Wrong?