Site survey near Akasa Chaitya: Is it the end of Yala? 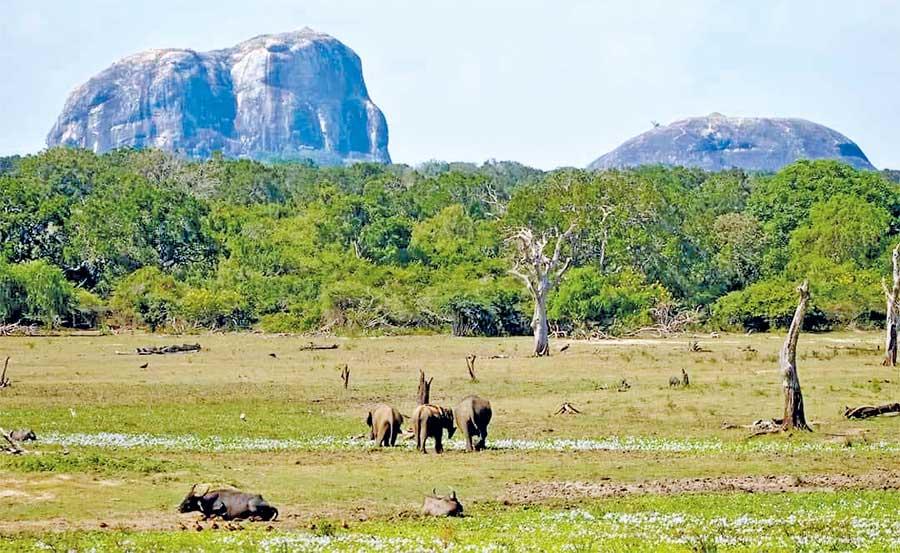 The Yala National Park has been at the receiving end of human disturbances from time to time. Be it a traffic jam to spot a leopard or a visit by high profile persons to spot an elephant, the challenges have been numerous.

It is in such a backdrop that the Director General of the Department of Wildlife Conservation has given approval to three officials from the Department of Archaeology to conduct a survey around the iconic Akasa Chaitya (Elephant Rock) in Block 1 of Yala National Park. The letter mentions about certain renovation purposes. Even though the letter includes several conditions, environmentalists fear whether this is a deliberate attempt to construct a chaitya inside the National Park and loot the remaining treasure.

Letter issued by DWC allowing officials from Archaeology Dept. to survey the area near Akasa Chaithya

The Daily Mirror learned that the Archaeology Department officials have conducted a site visit on July 10. A source at the Yala National Park who spoke on conditions of anonymity said that there are two ancient dagabas at Aligala. “One is at the top of the rock and one is at the bottom. So far nobody has made attempts to conduct surveys of this nature and this is the first time it happened.”

The source further said that the area has an abundance of greeneries and biodiversity that has been there for centuries. “Archaeological remains are found in all blocks of Yala spanning up to Kumana. This area is frequented by elephants, leopards, bear and other animals. A construction of any sort would disrupt the habitats of these flora and fauna and would distort one of the most breathtaking areas of the Yala National Park.

Is it only a survey?

In a statement, the Wildlife and Nature Protection Society (WNPS) expressed concern regarding the matter. “While the WNPS is yet to learn of the real purpose and scope of the survey, it is deeply concerned that, as per reliable sources, unauthorized personnel have entered the Park without formal permission, accompanied by members of the armed forces, and paid visit to the survey site. It has been a recurring situation over the last 10-12 years.

“Approval was only given for inspection and cleaning purposes. Even the news about cleaning the forest area is false – Namal Rajapaksa”