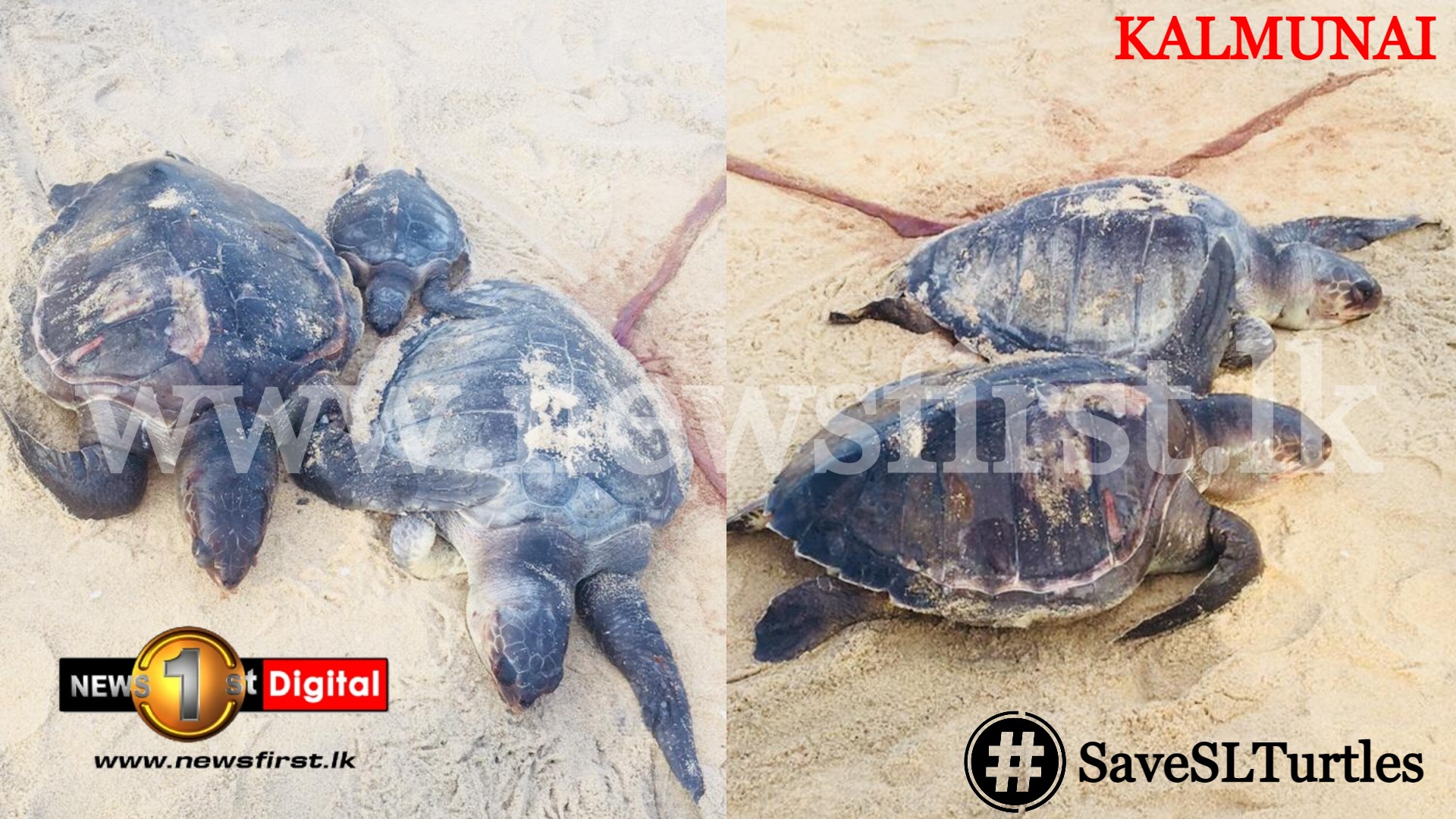 COLOMBO (News 1st); Almost 60 sea turtles have washed up on Sri Lankan shores in the past three weeks, ever since the X-Press Pearl disaster took place in the seas off Colombo.

On Saturday (19), 11 dead sea turtles and 02 dolphins were found on the beaches along the western coast.

Environment Minister Mahinda Amaraweera said a proper autopsy must be carried out into the deaths of these dead marine animals.

Dolphins washed up on the shores of Batticaloa & Kalmunai.

Environment Minister Mahinda Amaraweera who was the Minister of Fisheries at one time said it is impossible to assume the washing up on dead sea turtles in such large numbers is a natural event.