Protesters in France demonstrate against COVID pass for sixth weekend 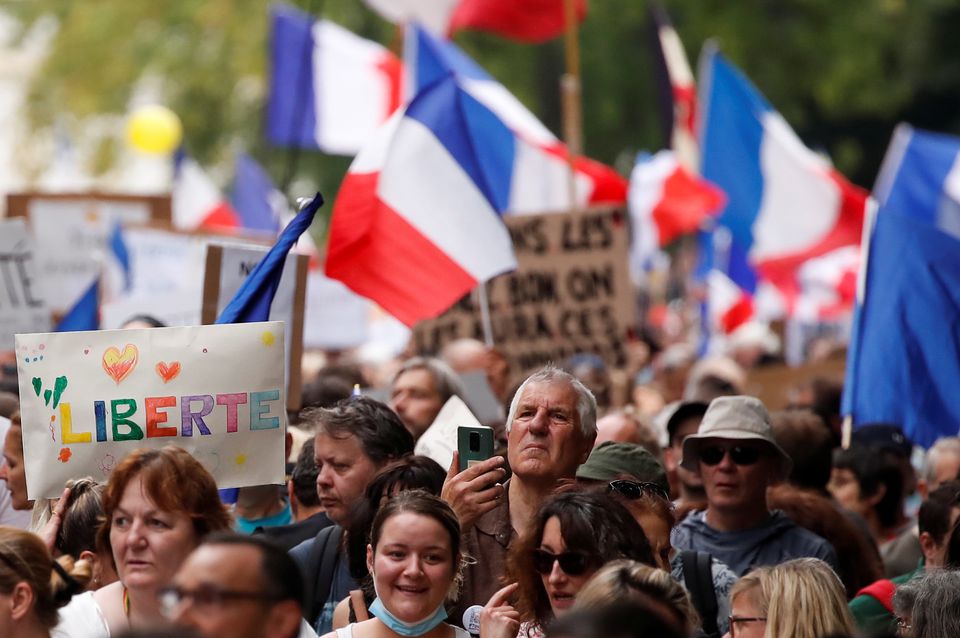 The Interior Ministry said around 175,500 people in total demonstrated on Saturday – down from roughly 215,000 last weekend although numbers could increase as people return from summer holidays.

The health pass is official documentation, with a QR scan code, that proves a person has had the COVID-19 vaccine. Many French bars, restaurants, museums and sports venues will not allow people inside unless they can show the health pass.

While the majority of people in France have been vaccinated against COVID-19, demonstrators argue the health pass discriminates against those who have not, and infringes upon people’s liberties.

“This health pass divides French people. I think that is clear. And unfortunately, I believe we should abolish it,” said civil servant Sophie Soulas at the Paris protest.

The protests have united a disparate group against the health pass, which is designed to encourage more people to get vaccinated and protect France against a fourth wave of the virus.

The biggest demonstration in Paris was led by far-right politician Florian Philippot, head of ‘Les Patriotes’ party, while there was also a demonstration by left-wing protesters linked to the ‘Yellow Vests’ (‘Gilets Jaunes’) movement.

Would you let a robot lawyer defend you?