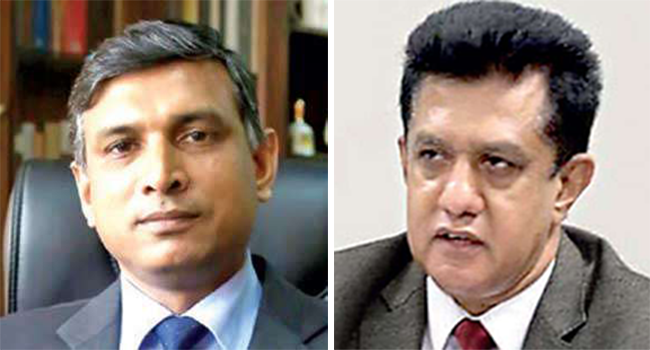 Auditor General says probe completed; Litro response to be sought
Former Chairman of the Committee of Public Enterprises (COPE) Prof. Charitha Herath, MP, has said the LP gas supply had been disrupted for eight months as a Litro Gas Chairman had cancelled a tender awarded to a supplier.

The SLPP National List member said so addressing a public meeting organised by the SLPP rebel group, in Kandy, on Saturday (10). Herath was referring to the appointment of Viyathmaga activist Theshara Jayasinghe as Chairman of Litro on July 06, 2021. The LP gas supply remained crippled until Jayasinghe’s resignation on 14 April 2022. Jayasinghe was succeeded by Vijitha Herath, who was replaced by Muditha Peiris on 13 June. The incumbent Chairman previously served as the Managing Director of the state enterprises owned by Sri Lanka Insurance Corporation (SLIC).

Herath claimed that a dispute between local agents of the supplier chosen by Litro and another led to the disruption of supplies in the wake of the cancellation of the tender. Former Foreign Minister Prof. G.L. Peiris and Dr. Nalaka Godahewa, who received the media portfolio during the tail-end of the Gotabaya Rajapaksa administration, were among those present at the meeting. The rebel group consists of 13 members. At the time the then President Gotabaya Rajapaksa appointed Theshara Jayasinghe as Litro Chairman, Anil Koswatte served as the Chairman and the state enterprise has been embroiled in a controversy over the suspension of state audit.

Prof. Herath said it had not been possible to restore the cooking gas supply until the World Bank provided USD 70 mn to the government. Sri Lanka added USD 20 mn to the funds provided by the World Bank. The lawmaker claimed that the supplier whose bid had been rejected earlier had secured the contract through a front. He alleged that a metric ton of gas that could have been procured previously at a cost of USD 96 was finally obtained at USD 129.One-time Media Ministry Secretary alleged that even the funds provided by the World Bank at a time the country was struggling to resolve the economic crisis had been misappropriated.

Acknowledging that they didn’t want to cause another disruption, Prof. Herath said the crisis had been exploited by interested parties to embezzle as much as Rs 1.3 bn. The people had elected Gotabaya Rajapaksa President, hoping for an end to waste, corruption and irregularities. Unfortunately, the public faith in the former President was shattered.Auditor General W. P. C. Wickremaratne yesterday told The Island that his officers had completed the inquiry and would soon send their report to the state enterprise concerned for its response.

The COPE, under the chairmanship of Prof. Herath, also inquired into the failure on the part of Litro to utilize USD 160 mn allocated through the Indian credit line for the procurement of gas. The parliamentary watchdog recommended the appointment of the members of the Board of Directors of Litro through the parent company SLIC instead of through the Ministry of Finance.

Prof. Herath said an investigation had to be conducted, through the Auditor General’s Department, on the cancellation of the term tender, which had been approved by the Cabinet to buy gas from Siam Gas at USD 96 per metric ton and opting to buy 100,000 MT of gas at a cost of USD 129 per metric ton from an Oman company. Instructions had been issued when the members of the top management of Litro Gas Lanka Ltd., Litro Gas Terminal Lanka (Pvt.) Ltd., and Sri Lanka Insurance Corporation were summoned before the COPE to implement the orders given by the previous Committee on Public Enterprises and to discuss the current performance.

Inquiries revealed that since the term tender for the purchase of gas ended in February 2021, tenders had been invited for 2,80,000 metric tons of gas and three gas suppliers submitted bids accordingly. Siam Gas Company submitted the lowest price as USD 96 per metric ton and accordingly the Cabinet has decided to award the tender.The Litro management is on record as having told the COPE that gas could not be obtained from Siam Gas Company due to the economic crisis as banks in Sri Lanka were unable to submit the Standby Letter of Credit (SBLC) to Litro as per the conditions announced during the bidding process.