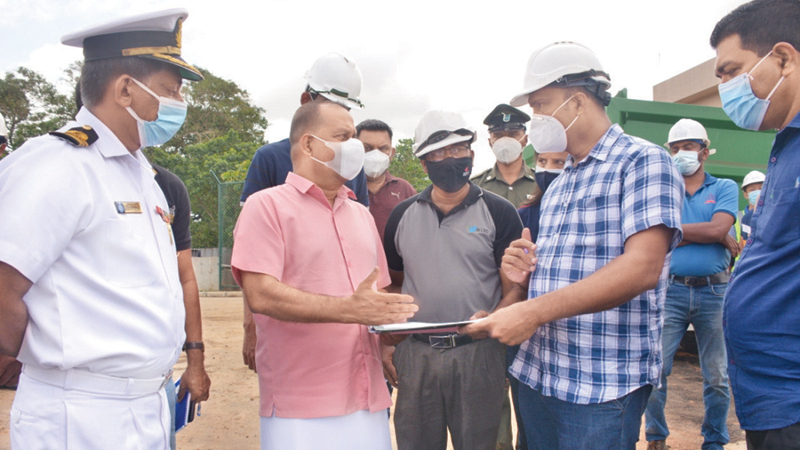 It was inspected by Minister Amaraweera yesterday morning.

The Project was initiated by President Gotabaya Rajapaksa, who was the then Defence Secretary, to control the floods that occur during the rainy season in the Nagalagam Street, Thotalaga and Kolonnawa areas and to clean up the highly polluted waterways.

The Project cost the Government Rs. 200 billion. The Project Engineers told the Minister that all the canals in the Colombo Metropolitan area will be modernised to drain out water properly and all the waste such as polythene and plastic that are discharged into the canals will be cleaned near the North Gate before releasing to the Kelani River.

The Minister said that even in showers, certain areas in Colombo are flooded, causing over a Rs. 2,000 million loss to the public at all times. Therefore, they will benefit greatly from the Project and therefore, the President has instructed him to look into this matter on several occasions, the Minister said.

He said that the algae at the Diyawanna Oya in recent days were due to the accumulated rain water in the Oya. Therefore, the canal system of the Oya will be developed through the Project, the Minister said.