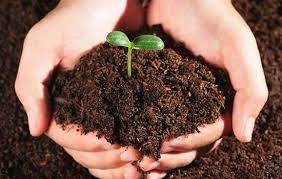 A number of programmes are being planned to expedite the production of organic fertilisers required for the Maha season, and President Gotabaya Rajapaksa has advised state officials to study the machinery required to produce organic fertiliser and manufacture machines locally with the assistance of the Sri Lanka Army Engineers Corps at state-owned factories, so that the balance requirement could be imported, the President’s Media Division said yesterday (3).

Special attention was paid to the production of fertiliser at the local government level. The President had also explained the need to impart technical knowledge to these institutions.

“The raw material required for the production of organic fertiliser can be conveniently obtained from the rural environment. This would preserve the cleanliness and splendour of the village while strengthening the rural economy network,” the President said.

The press release noted that Minister of Agriculture Mahindananda Aluthgamage stated that the full quantity of organic fertiliser required for this purpose is expected to be produced locally and in case of any shortage, the required shortfall will be imported and stored by the Government.

Aluthgamage said that steps will be taken to launch a special programme to inspect the soil and recommend to release only the required quantity of organic fertiliser to the farmers and to provide necessary soil testing equipment to all agrarian service centres in the country.

State Minister of Paddy and Cereals, Organic Food, Vegetables, Fruits, Chilies, Onions, and Potatoes, Seed Production, and High-tech Agriculture Shasheendra Rajapaksa had said that steps are being taken to provide the necessary technical knowledge to the farmers to produce organic fertiliser. It was also decided to provide a series of printed instructions to the farmers to make them aware of the use of organic fertilisers.

The President officially handed over the soil testing equipment to the Commissioner General of Agrarian Services and the Director General of Agriculture.

Pandemic helps 48% of Lankan smokers to kick the habit