Permission to be granted for coconut cultivation paddy lands 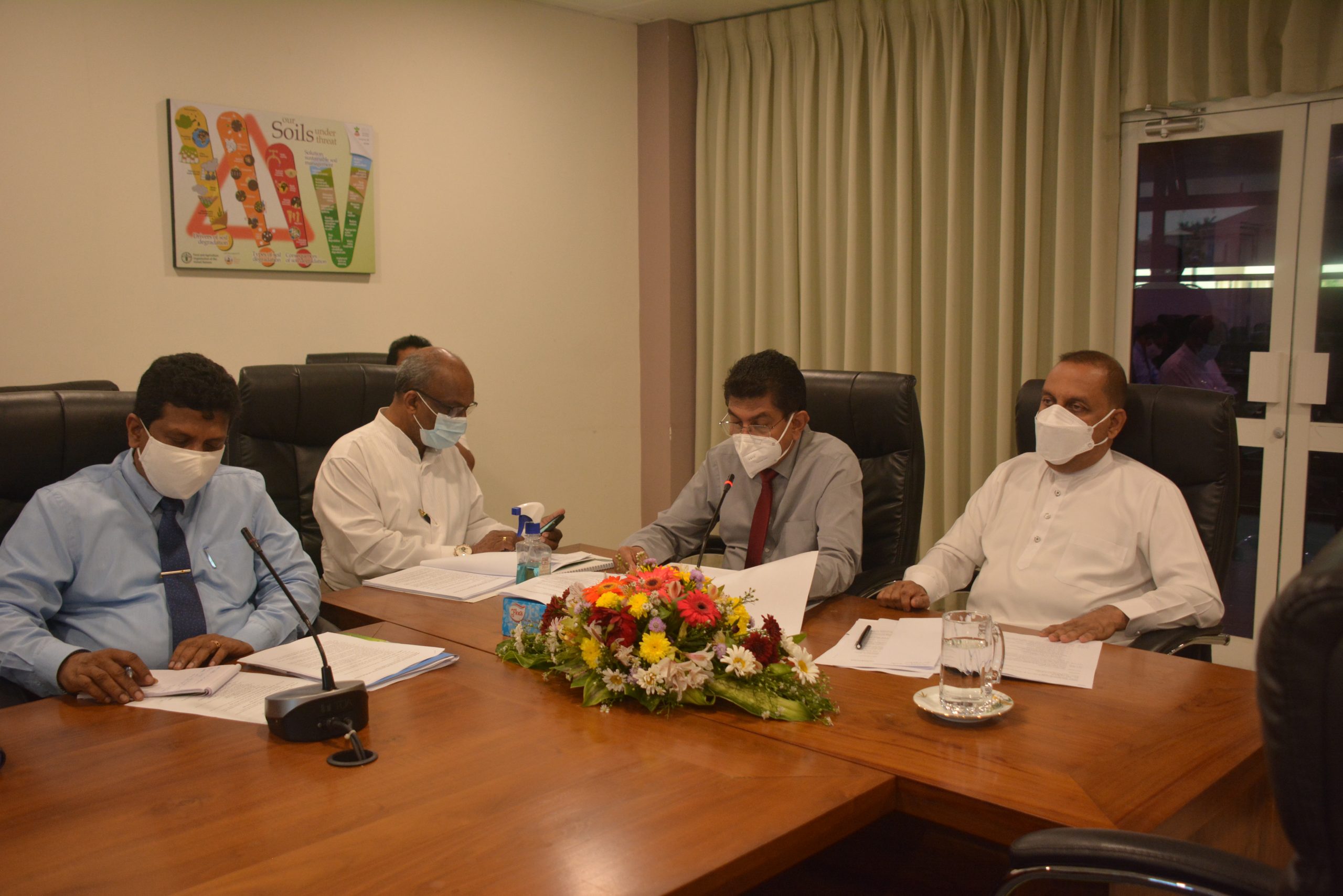 The Presidential Task Force on Green Socio-Economic Solutions to Climate Change was convened at the Ministry of Environment yesterday (16).

The discussion was chaired by the Chairman of the Task Force, Minister of Environment Mahinda Amaraweera and the Secretary of the Task Force, Dr. Anil Jasinghe, and Secretary to the Ministry of Environment. Ministers of State Duminda Dissanayake, Shashindra Rajapaksa, Kanaka Herath and many Secretaries and officials of the Ministries participated in this event through the Zoom application.

In particular, the issues of fertilizer, land, forest conservation and wildlife, plantation development and renewable energy were discussed.

Commenting on the current fertilizer problem and organic liquid fertilizer, Minister of State Shashindra Rajapaksa said that more than 08 million liters of organic liquid fertilizer and 300,000 tons of organic fertilizer have been distributed among farmers. It was emphasized that the increase in demand for fertilizers as well as the disruption of supply sometimes lead to quality problems. However, it was stated that the program implemented by the government for organic farming will be continued.

State Minister of Agriculture also said that Ministry already has identified 85 personals to produce organic fertilizer in the island wide.

The Cabinet has also decided to grant permission for coconut cultivation in all paddy lands that cannot be cultivated, said Environment Minister Mahinda Amaraweera. As there is a shortage of coconut saplings in the country at present, a circular will be issued soon to allow each Divisional Secretariat to start coconut nurseries at a cost of Rs.05 laks.

The Minister of Environment Mahinda Amaraweera stated that the Minister of Finance has requested the all Ministries to extend support to carry out this programme under the Ministry of Plantations.

The Task Force also agreed to hold a special discussion with Minister of State Shashindra Rajapaksa and his officials on the issues currently arising in the agriculture sector.

The Minister said that all the sub-committees appointed under the Presidential Task Force for a Green Socio-Economic Solution to Sustainable Climate Change have been well organized and working towards their objectives.