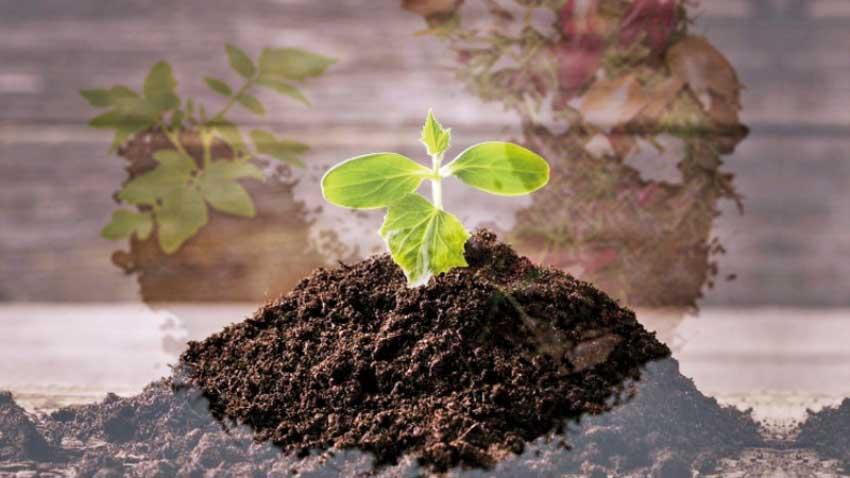 Colombo, June 20: The Sri Lankan government is determined to make farmers immediately switch over to organic farming citing health and environmental reasons as well as the severe foreign exchange shortage which impairs the import of chemical fertilisers. Government has turned a deaf ear to fervent pleas from agricultural scientists and economists for a step by step approach to the change-over. It has ignored the argument that an overnight change would be impossible to implement and that the change-over itself could,in fact, hurt agriculture instead of fostering it.

But there is another angle to the controversy which has not been taken into account so far, namely, the question of the suitability of organic fertilisers for the soil itself. Organic fertilisers could be a boon as well as a bane, soil scientists say.

Peradeniya University Soil Scientist Dr.Warshi S. Dandeniya and her collaborator Serene Caucci, say in their paper: Composting in Sri Lanka: Policies, Practices, Challenges, and Emerging Concerns. (www.link.springer.com) that organic fertilisers could also pollute the soil. They point out that organic fertilisers commonly called ‘compost’ can be a carrier of potentially toxic trace elements.

“Producing good-quality compost, safe for human health and the environment, is a challenge that should be addressed at various levels: from production to policymaking. The long-term use of compost in large quantities and/or application of poor-quality compost to soil can deteriorate environmental quality and pose a threat to the safety of food,” they warn.

“The progressive accumulation of toxic trace elements such as lead and cadmium in soils has been reported in several studies where there has been a long-term application of compost produced from Municipal Solid Waste (MSW). Contamination of food items with potentially toxic trace elements and human pathogens due to the application of compost to crops has been reported in the literature on the subject,” Dandeniya and Caucci point out.

Poultry litter/manure is a source of antibiotic resistance determinants and, therefore, imposes a “silent threat” to environmental quality and health, they say. And night soil (human faeces) could also get mixed up with organic fertiliser. Furthermore: “Organic pollutants such as detergents and antibiotic resistance determinants and pathogens surviving in night soil and septic waste, and the fate of these constituents during composting, have not been studied extensively in Sri Lanka,” they say.

The soil scientists also warn that microbial pathogens and parasites could spread in the environment through creatures like flies and dogs found at the composting sites.

“Bio-aerosols and volatile compounds could enable transmission from composting sites to other environments with the wind. Leachates coming out from compost piles during the production process, and runoff water from the composting sites, could contaminate both surface and groundwater,” Dandeniya and Caucci warn.

Demand for change-over not new
The bid to change- over from chemical fertilisers to organic fertiliser is not new. Between 2010 and 2015, government had tried to reduce the import of synthetic fertilisers by 15%. And fertiliser imports did drop by 33% between 2015 and 2017. Compost production graduated from being a backyard activity to a commercial venture, thanks to government schemes like ‘Pilisaru’ (introduced in 2008).The ‘Api Wawamu Rata Nagamu’ (i.e. let’s grow and develop the country) programme between 2008 to 2015 promoted home gardening using the concepts of organic agriculture.

Over 100 composting stations associated with Municipal Councils were established by 2011. However, a lack of sorting waste before disposal increased the labour requirement in processing the compost and reduced the quality of the compost, Dandeniya and Caucci point out. Bad odour from the decomposing waste made the fledgling industry socially undesirable. Therefore, despite the government’s efforts, organic farming did not catch on. The easy availability of chemical fertilisers in the market and the quick response of crops to their application were other reasons for the desired switch over not taking place.

Financial Viability
Andante Hadi Pandyaswargo, Dickella Gamaralalage and Jagath Premakumara went into the question of financial sustainability of modern composting in the developing countries of Asia in their 2014 paper published in the International Journal of Recycling of Organic Waste in Agriculture. Their study found that the viability of composting plants depended on the selection of suitable processing methods, the technology used, the scale of the operation,the quality of the product, and marketing strategies.

In the developing countries, where Municipal Solid Waste is mostly organic waste, it is not properly segregated. But compost plants are highly sensitive to input quality. They are best used to treat animal manure, kitchen and agricultural waste because of the uniformity and purity of the organic content, the authors say.

Generally the application of compost technology has not been very successful in the Asian cities because segregation of ‘waste-at-source’ is poor in these cities. The raw garbage here is full of contaminants such as heavy metals, glass, inert materials, and plant and animal pathogens. Larger scale composting plants receive a large volume of mixed waste with contaminants, the authors point out.

Therefore, the scientific use of the solid waste becomes a tedious process. Landfilling is resorted to as the easy way out. However, the landfills in the under-developed countries are poorly designed and maintained. They are a serious threat to public health. The landfills also cause global warming because organic waste is the main source of methane gas emissions.

Technological Issues
Then there are technical issues facing the compost making industry. The authors say that large-scale composting facilities with complex mechanical pre-processing to remove non-compostable materials have largely failed because there is hardly any mechanical system which can adequately identify and separate all of the materials in the mixed waste to ensure production of good-quality compost.

Also, the initial investment is high and there are maintenance costs and technical skill requirements which are difficult to meet.

Medium Scale Plants Sustainable
The authors say that medium-scale (51 TPD) and lower large-scale (200 TPD) composting plants have a better opportunity to be financially sustainable because the waste input and product quality of these plants are more controllable than larger scale composting plants.Government aid in terms of financial, technical and market-oriented inputs, is a vital necessity, they say.

Lack of Market Acceptability
Another reason for the failure of compost plants is the lack of a market for the compost manufactured. Market acceptance depends on price, quality and consistency of the product.The experts also point out that there is a failure to understand the nature of the biological processes that underlie composting.

“Compost bacteria, insects, and micro organisms require certain environmental conditions to thrive. If these conditions are absent or interrupted, it badly affects the composting process and
its quality.”

Lego is finally making its iconic bricks from recycled plastic