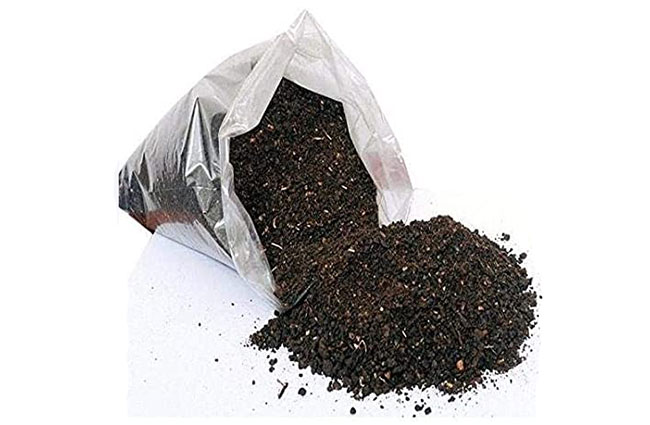 The advisability, necessity, practicality and economics of switching to “organic farming” has generated much interest and received much publicity.

This is as it should be, on such a matter where the slightest false step will have enormous evil consequences for all of us citizens. In such a matter, there is no room for petty considerations, hollow vanity or political games. No less than the future of our nation – even survival, could be at stake. This is not within the right or authority of anybody (individual or group) to cause, order or impose.

In the matter of charting a brighter future for our Agriculture, no one could be fool enough to deny that a harmonized synthesis of organic and inorganic inputs, would be best for optimal crop performance. True poverty is the inability to use assets within our reach. Knowledge is one such.

In the area of crop nutrition, good sense prescribes a balance of organic (compost, humus) and inorganic (chemical, mineral, artificial) components. Either on its own would be unsustainable. Each has its positive and negative features. The optimal mix would of course be specific for each situation or crop. In our situation, the categories could be Paddy versus upland, perennial versus annual, pasture versus arable, with sub-sections such as vegetables and flowers. What is right for rice, will not be so for rubber.

All sane counsel, while recommending the longer term goal of a good mix, raise the very real problem as of now, of swinging to a 100% reliance on compost alone, to the extent of warranting an immediate ban of import of Agrochemicals (or even fertilizers alone). This will lead to a new unprecedented and nearly unimaginable crisis. Nothing short of national starvation or widespread famine would be on the cards.

For “going organic”, there simply isn’t enough compost or humus to even match the most modest replacement of the nutrients hitherto imported. Although precise calculations cannot be made, the sheer bulk of compost needed is massive. For example, since urea has about 25 times Nitrogen as the same mass of dry good quality humus, what a 50 kg sack of urea could provide, will require about 1.25 tons of the latter. It has also to be remembered that because the density of compost is a fraction of that of urea, the bulk to be transported can only be imagined. Some centralized facilities for compost production may become a must. But this capacity will need to be built from scratch. Even if a genuine effort is made immediately, the run-up time may be at least a couple of years. The scale is a hypothetical projection for nitrogen, the calculations for other elements would obviously vary.

Be that as it may, when this matter of inadequacy of humus was brought up, some uncritical and ill-informed (or uninformed) Spokesman, unguardedly declared “If we are short, we can import humus (or Compost), readily available on the International Market”. What market is this? I have seen only one concern doing so, and from one country. Obviously, one whose Intelligence (or occultism) foresaw this announcement of rapid suicidal intent.

Have these bright sparks who speak of imports, heard of the elaborate quarantine measures taken by other countries to prevent introduction of pests? Preventing entry of The Mediterranean Fruit Fly (Drosophila sp.) from California Citrus? Australia does not allow packaging with straw or wood shavings, to prevent possible carriage of Wheat Rust (Puccinia sp). Some countries will not permit even footwear, as possible carriers of harmful soil pathogens?, In our own case the infestation by the Coconut Leaf Miner (Promecotheca cumingii) which threatened our Coconut Industry and cost us millions to control, was suspected to have come in with packaging of smuggled Orchids (or on the outside of planes coming in from Singapore or Bangkok.) Our sustained vigilance to prevent entry of the Mycoplasma suspected of causing Lethal Yellowing (Cadang Cadang) of coconut?, The Root knot Eelworm of Tea (Pratylenchus loosi).?

Soil is notorious as a carrier of numerous organisms responsible for some deadly helminth parasites, Tape Worms, Roundworms, Amoebiasis, bacteria causing Cholera, Enteric etc,. One can hardly imagine the perils that imported compost could bring in. Have we forgotten so soon, the number of containers (more than a hundred) of supposed garbage, brought in from the UK and on opening found to be packed with hospital and surgical waste, that our Courts ordered to be “Returned to Sender”? Was this done or are they still languishing in some Container Yard? Were we not the people who offered “Quarantine facilities” to Indians as Tourists at a time when new virulent strains were detected? And to tourists from Ukraine, to see whether they could transmit their Strain of Covid 19 to Sri Lankan Guinea Pigs?

If I am right in my fear that Compost or Humus is planned to be “Imported” or has actually arrived, I am sending this as a DESPERATE ALARM CALL to whoever it’s his business to prevent this suicidal mistake.

Please publish quickly and act fast. We have enough problems to not invite on our heads more misfortunes to add to those that already bedevil us!