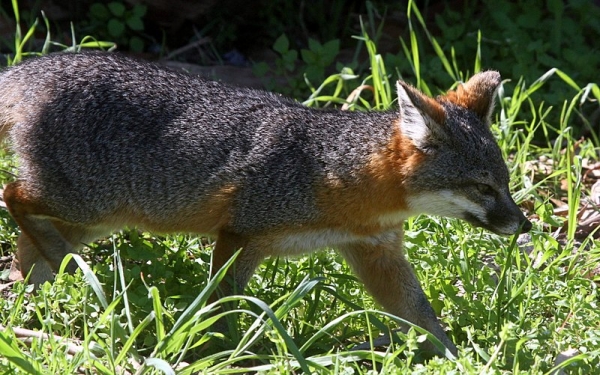 The San Nicolas Island fox, a subspecies of the Channel Island Fox only found on the most remote of California’s eight Channel Islands, is at a low risk of extinction, new research published last week in Ecosphere shows.

In the past decade, the population of San Nicolas Island fox has decreased by nearly half, with just 332 foxes remaining in 2016.

The study, conducted by researchers from Montana State University, the University of Colorado and Naval Base Ventura County, predicted future fox population sizes assuming that current relatively dry environmental conditions persist. The foxes went extinct within 50 years in only 2.5% of the computer model’s simulations.

“This relatively low extinction risk is good news for San Nicolas Island foxes, but they are not out of the woods,” said Victoria Bakker, an assistant research professor at Montana State University and the paper’s lead author. “As a top carnivore living on a small island with degraded and invaded habitats, they are likely to experience the effects of climate change earlier and more acutely than other species. If climate change leads to even more frequent or severe droughts, the risk to foxes could rise substantially.”