No immediate need for mass Monkeypox vaccinations- WHO official 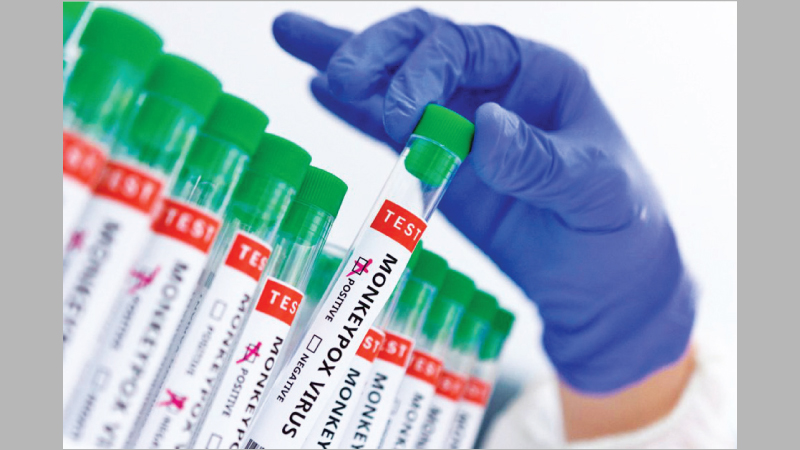 Test tubes labelled “Monkeypox virus positive and negative” are seen in this illustration.

SWITZERLAND, UN, US: The World Health Organisation (WHO) does not believe the outbreak of Monkeypox outside Africa requires mass vaccinations as measures like good hygiene and safe sexual behaviour will help control its spread, a senior official said on Monday.

In an interview with Reuters, Dr Richard Pebody, who leads the high-threat pathogen team at WHO Europe, also said immediate supplies of vaccines and antivirals are relatively limited.

His comments came as the US Centres for Disease Control and Prevention (CDC) said it was in the process of releasing some Jynneos vaccine doses for use in Monkeypox cases.

The public health authorities in Europe and North America are investigating more than 100 suspected and confirmed cases of the viral infection in the worst outbreak of the virus outside Africa, where it is endemic.

The primary measures to control the outbreak are contact tracing and isolation, he said, noting that it is not a virus that spreads very easily nor has it so far caused serious disease.

“We are not at a situation where we are moving to widespread vaccination of populations,” he said.

Meanwhile, the United States is preparing to give Monkeypox vaccines to close contacts of people infected and to deploy treatments, with five cases now either confirmed or probable and the number likely to rise, officials said Monday.

In terms of supply, the United States has around one thousand doses of JYNNEOS, a Food and Drug Administration (FDA) approved vaccine for smallpox and Monkeypox “and you can expect that level to ramp up very quickly in the coming weeks as the company provides more doses to us,” said McQuiston. It also has around 100 million doses of an older generation vaccine, ACAM2000.

Meanwhile, UNAIDS released a statement on Sunday condemning reporting on Monkeypox that includes “portrayals of LGBTI and African people” that the agency said “reinforce homophobic and racist stereotypes and exacerbate stigma.”

“Lessons from the AIDS response show that stigma and blame directed at certain groups of people can rapidly undermine outbreak response,” the group’s statement said.

The U.N. agency added that a “significant portion” of cases reported thus far were “identified among gay, bisexual, and other men who have sex with men, with some cases identified through sexual health clinics.”

It urged “media, governments, and communities to respond with a rights-based, evidence-based approach that avoids stigma.”

Minister calls for report on fertilizer found in politicians’ houses