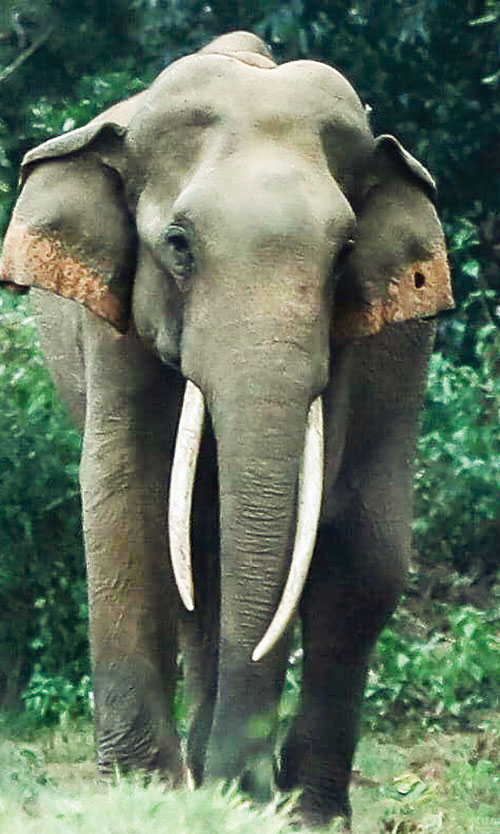 The controversial Elephant Holding Ground at Horowpathana having become a cemetery for many translocated elephants there, environmentalists are protesting against a move by the Department Wildlife Conservation to assign a team with newly recruited and apprentice officers to capture a bull elephant.

Convener of the Biodiversity Conservation and Research Circle Convener, Supun Lahiru Prakash yesterday said the move posed a risk to both elephants and the DWC officers.

The DWC Director General, on Friday, ordered the Assistant Director of the Anuradhapura Wildlife Administration region to capture a bull elephant from Pothana, Katukeliyawa area in Anuradhapura, saying that it was causing problems to the public and wanted him confined to the Horowpathana Elephant Holding Ground.

Prakash said according to the report of the elephant census conducted in June 2019 at Horowpathana, out of those relocated troublesome elephants only nine elephants were remaining and 12 had died due to various reasons. Five of them had died of malnutrition, he said.

“The Department lacks information as to whether the remaining 31 elephants have either died or fled the holding ground. However, we know that the number of elephants retained in Horowpathana should be much higher as it started in 2013. At least no one was released back to the wild after rehabilitation in such holding grounds. Therefore, it is clear that the holding ground concept is not a scientific way to mitigate HEC; it kills the elephants and wastes public money”, Prakash said.