Life snuffed out of a fish

The Denmark company, which inspected the New Diamond vessel, is said to have unofficially informed Sri Lankan

X-press Pearl has already sunk in the sea and the environmental damage caused hasn’t been calculated yet. The spokesperson further said that even if reports were made on the environmental damage there will be many issues coming in the way of obtaining compensation. He said that this is because of legal matters associated with it and the due compensation of 10 billion US$ might be reduced to 40-50 million US$.

“The vessel company had had several secret discussions with a few Sri Lankan big shots and reduced the compensation amount to 18.1 million US$”

A Chinese company is assigned to break into pieces and remove the shipwrecked X-press Pearl. The company has brought 90 labourers and the support of Sri Lankan labourers has not been obtained. An Indian company has come to support the removal of the shipwreck. Even the removed iron parts do not belong to Sri Lanka. The agreement has been prepared likewise, Environmentalist Nayanaka Ranwella pointed out. According to the agreement regarding the removal of the shipwreck the vessel company bears the expense incurred by the Chinese and the Indian companies in removing the wreck. “At least the agreement entered into should ensure that Sri Lanka gets to keep the iron parts, but it gives that right to China and India instead,” he added.

X-press Pearl incident is considered as one of the worst maritime disasters in the world. The spokesperson said that the special committee appointed has not done anything in this regard. A report estimating the environmental damage was due on November 30. However that report has turned out to be ineffective. “According to the committee report the value of a dead turtle was estimated by adding the value of tickets bought by foreigners daily to visit a turtle and that was 400 US$. With the opposition voices raised by environmentalists and scholars these values were revised. The estimation should be made considering the lifespan of a turtle and the environmental value. I am not sure on what basis the expert committee is making these reports and making the estimation,” the spokesperson added. “These values were later changed and a dead turtle was estimated as 20,000 US$. Citizens have the right to know what the report contains regarding the environmental damage caused in our country. But the Marine Environment Protection Authority (MEPA) may have violated that right. Another group is trying to halt the process of obtaining full compensations by influencing the distortion of these environmental reports. For them what is more important is the deals they have made to reduce compensation. There are several big shots and public officers behind this,” the spokesperson added.

“Reports on seeking the final compensation can be sent considering the reparation after removing the sunken vessel. Compensation can be sought for three years regarding such an accident. We sought 40 million US$ first and we received 3.6 million US$ for the expenses and impact on the economy”- Darshani Lahandapura, MEPA Chairperson Attorney-at-law “

The B Report should be submitted to take legal action regarding the environmental damage caused by the vessels. This suggests that further investigations are expected. However Sri Lankan authorities have formed the report as an A Report. Ranwella said that it was done, so as to hint that there won’t be further investigations and that there would be no people coming up in the future complaining against dead sea species like fish and turtles. “When whales die reports should be in the form of a B Report. Submitting those reports as A Reports is an attempt to close the case. The vessel company can argue why the damage was reported in an A Report instead of a B Report when compensation is sought. As an accused has not been named, the company can avoid paying the compensation.

“Around 800 turtles died and their remains were washed ashore. More bodies can be seen in the deep sea or seabed. The number of dead turtles can roughly be estimated as 10,000,” he added.
Cuttlefish, prawns, octopuses and other fish species in shallow sea areas, following the off season, could not be seen following the accident, fishermen from Negombo said. Fishermen from Mt. Lavinia, Panadura and Moratuwa also affirmed this. According to them these fish species have died because of the chemicals added to the sea from X-press Pearl, Ranwella added.

The authorities did not take steps to examine a single fish which died due to the disaster. The Government has not 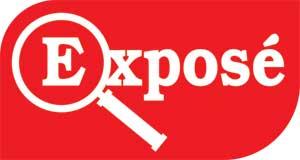 yet confirmed the absence of micro plastic and heavy metal in the fish Sri Lankans consume. A test report of National Aquatic Resources Research and Development Agency (NARA) has revealed the presence of millions of heavy metal particles in clams, Ranwella said. “A top official of the Government is said to have influenced attempts made to stop the report from going public. Clams have heavy metal particles because of the chemicals added from the vessel. I am not sure whether those reports were hidden as part of the deal entered into with the vessel company in obtaining compensation,” he added.

After the X-press Pearl caught fire both burnt and unburned micro plastic pellets were washed ashore. The authorities only removed the top layer and not the layer containing plastic pellets. They have influenced an individual engaged in this task and he has even received death threats, said the spokesperson who added, “these things are done to reduce the compensation”.
“In the end measures were taken to remove micro plastic pellets using strainers and this method is also not carried out properly. This only adds more micro plastic to the sea and not remove them”, Ranwella added.

Two backhoes are used near the Negombo beach to collect micro plastic pellets. Those engaged in removing pellets- using strainers- with the use of these machines are said to be employed by the son (still a schoolboy) of a minister, according to the spokesperson.

“These incidents make vessel accidents look suspicious,” Ranwella said. “Despite the compensation, the commissions gained through secret discussions should be in billions. Earlier public money was pocketed in millions and now in billions. The X-press Pearl company has incurred an expense of 3.6 million US$ for putting out the fire. The company refused to pay the 40 million US$ we asked in addition. The company requested for a report on the damages in order to pay compensation. A group of representatives from the Ship Owners’ Association has come to probe the incident and their expenses too have to be accounted with the 3.6 million US$,” Ranwella added.

“At least the agreement entered into should ensure that Sri Lanka gets to keep the iron parts, but it gives that right to China and India instead”- Nayanaka Ranwella, Environmentalist”

MEPA Chairperson Attorney-at-law Darshani Lahandapura said seeking compensation from the X-press Pearl has not begun yet. “Reports on seeking the final compensation can be sent considering the reparation after removing the sunken vessel. Compensation can be sought for three years regarding such an accident. We sought 40 million US$ first and we received 3.6 million US$ for the expenses and impact on the economy. That was for a period from May 20 to June 2. 40 million US$ was sought on the basis that the damages will continue for the period from June 2 to August 31. We sought for 4.5 million US$ and the company promised to pay 2.1 million US$. We will receive that soon. We are calculating the compensation from September 1 to November 30 as its third phase,” said Lahandapura.

Around 3000 turtles died due to the vessel incident and 370 bodies were discovered. “Whales and fish species died. The environment was damaged. We have to prove that these damages occurred and sea species died because of the impact of the ship. Otherwise we cannot seek compensation. Whatever the report is compensation will be sought for the impacted sea species and the environment. A special committee was appointed co-chaired by the Dean of the Faculty of Graduate Studies of University of Moratuwa and Professor Prashanthi Gunawardena of University of Jayewardenepura. That committee has formed another 15 sub committees which will look into the damages. We got the assistance of both local and international laboratories. We also take legal instructions from an Australian company on the instructions of the Attorney General. We are making intermediate environmental reports prior to the final report. The first report was completed and sent. We are fixing its drawbacks these days.
“We cannot make these reports public. This is a sensitive matter. Lab reports cannot be made public as there are ongoing proceedings. The agreement regarding removing the shipwreck is no more a secret. Two companies are prepared for that. We do not bear the expenses of the members of the Ship Owners Association, but they settle their expenses. We received compensation for the economic damage and other expenses incurred. No one influences us and we have the freedom to work independently. We can obtain a huge compensation from X-press Pearl and we will.

“We received 442 million rupees as part of the compensation due from the Blue Diamond vessel. We sought another 19 million US$ in March 2021. The vessel company requested for time to examine our report prior to paying compensation and the company has informed the Attorney-General. He will soon interfere in the affairs to seek the compensation. I do not know about the compensation suggested by the Denmark company,” Lahandapura said.

Speaking on influencing someone engaged in removing micro plastic pellets on the beach, she said that she had heard about that incident. “But the relevant person has not complained to me in writing. He has not lodged a complaint with the police either. Therefore I cannot investigate into that incident.” she added.

Prof. Prashanthi Gunawardena of University of Sri Jayewardenepura, who is the Co-chairman of the Special Committee appointed to investigate the environmental damage caused by X-press Pearl, said that a report prepared by the committee was handed over to the MEPA. “Instructions of an Australian legal company are followed when preparing these reports. Based on that the report is then sent to the Attorney General’s Department. That document is made public and will be out in two to three days. The Australian company has mentioned the areas of the report to be made public and those details will be out soon,” Gunawardena added.

“NARA conducted a test to detect heavy metal in clams and the presence of heavy metal was proven. But the report was not made public and we cannot do that either because of the ongoing proceedings in seeking compensation. We have handed over the report to the Attorney General. No one influenced us not to make the report public,” she added.
Contacting Director General of National Aquatic Resources Research and Development Agency, Dr. Palitha Kithsiri was futile as he was attending meetings.

Our country is currently facing a dollar scarcity. According to data from the Finance Ministry at least four million US$ are required to overcome this issue. The compensation from the two fire-stricken vessels should be worth billions of dollars. If that compensation can be sought without deals it would be a better solution to the dollar crisis. It is sad to observe underhand deals connected to obtaining compensation which will only benefit one or two individuals.