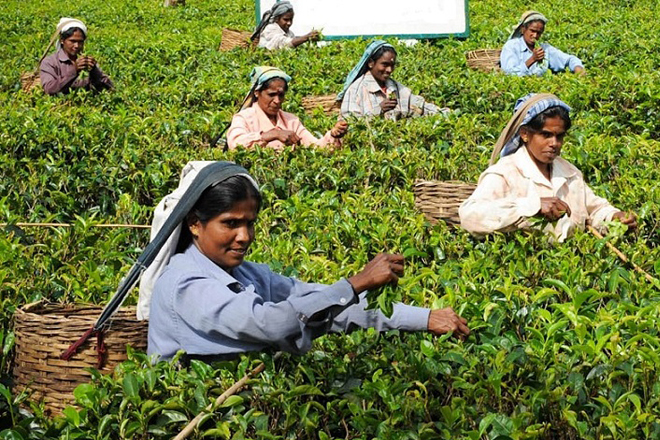 With my experience, based on 45 years of hands-on, direct experience in the tea industry, I wish to issue a dire warning about the Sri Lankan tea industry; if inorganic fertilizer is withdrawn, the productivity of Sri Lanka’s tea lands will certainly decline to uneconomic levels.This will lead to a severe drop in foreign exchange earnings, resulting in a drastic decline in the earning capacity of all owners of tea lands – including tea smallholders which account for the majority of production and employment. Less tea at the weekly auctions would provide ample opportunity for our competitors to capture the traditional tea markets, which Sri Lanka currently holds.

What follows is an explanation of the science to back this claim – which is certainly more than what has been offered in defense of organic fertilizer.

History of fertilizer use in Sri Lankan tea

Since the commencement of the tea industry in 1867, the entire extent of tea was of seedling tea of Chinese or Cambodian varieties. Subsequently, large ‘leaf’ Assamica tea from India was introduced, to improve tea productivity per unit of land and the quality of the tea liquors.

However as the genetic characteristics of seedling tea vary from a tea bush to another, the scope of improving productivity with seedling material was limited.

In 1958 the Tea Research Institute (TRI) broke new ground with the introduction of vegetatively propagated(VP) tea. The initial series ‘TRI 2000 series’ achieved yields of over 3,000 kg of made tea, per ha of land.

However it became evident that the nutrients available in the soil were grossly insufficient to support enhanced productivity without the application of chemical fertilizers, to compensate for nutrient deficiencies in the tea soil and also replenish what has been removed by way of crop.

Comprehensive research was undertaken by TRI on tea nutrition and the scientists arrived at the principle of the ‘replacement ratio’; that is, for every 100kg made tea, the soil has to be replenished with 10kg Nitrogen (N) per hectare.

This was the minimum quantity of N required to sustain the productivity of the tea lands. If at any stage the N ratio to that of harvested crop was reduced, tea bushes displayed systems of N deficiency, making the plucking surfaces appear yellowish and the tip of tender buds to develop a pink coloration. (TRI 2025 clone)

Together with Nitrogen, the other two nutrients phosphate and potash (P & K) too were applied. After a period of time, in consultation with TRI, it was found that mere replacement of nutrients was unsatisfactory to explore the cropping potential of a productive VP tea field. Studies were conducted to expand the ratio to 12kg N per 100kg of made tea harvested. There was response to enhanced dosages of NPK fertilizer mixtures of up-to 360N per hectare and the yields of the clonal tea reaching above 3,000 kg made tea per hectare.

I would not hesitate to mention here that it is the inorganic fertilizers that enabled Sri Lanka to achieve national productivity level of 2,200 kg made tea per hectare in few years, in the final decade of last century.

The TRI has now introduced the latest TRI 5000 series which too depends heavily on inorganic fertilizers, and it is well known that all cultivars respond only to inorganic fertilizer. Conversely, it is absolutely impossible to fulfill fertilizer requirements with organic manure, where the N content is only 2%

The impact of organic fertilizer with its low nutrient content on made tea.

Approximately 90% of energy in a tea bush is utilized for its own maintenance and the balance 10% is for crop production. Tea fields have to be nurtured with proper agricultural practices and fortified with adequate levels of NPK fertilizer, in accordance with the cropping potential of the fields, for growth and frame development (physiology of tea bush).

In the event, the tea fields do not receive their requisite quota of NPK nutrients, they display signs of tiredness or exhaustion by producing excessive single leaf or ‘banji leaf’. This results from reduced shoots forming with a bud and two or three leaves. Pluckers, who are incentivized to gather as much crop as possible to enhance their earnings, are reluctant to harvest single leaf or banji leaf due to their lower weight, compared to that of normal ‘flush’.

As a consequence, this single or banji leaf matures and find its way to the factory during subsequent harvests. This single ‘hard’ banji leaf is not suitable for manufacture and makes the end-product to appear ‘brownish/ greyish and flaky’ with hardly any liquoring qualities. This is what ends up as refuse tea.

Thirty years ago, permissible refuse tea content of manufactured tea was 6%, but with labour shortages hindering consistency of plucking frequencies refuse tea is around 10% or more. In such an environment, the immediate adhoc use of organic manure with its low NPK content will not only lower the standard of the made product, but will also increase the refuse tea content.

The degree of black pigmentation in the appearance of made tea is a trade demand and adds value to the product. With the proposed changes to nutrition, it is unavoidable that we will see drastic reductions in NPK, which translates to a deteriorating quality of tea, which will lead to irreversible damage to the brand of Ceylon Tea.

The impact of organic fertilizer with low levels of NPK on the tea frames.

The frame of a tea bush is the main driver of crop production. The productivity of a tea bush is inversely proportional to its number of branches; higher the number of branches, larger the crop and vice versa. After pruning, the bushes are tipped to a height of 6” above the pruned level. In the case of a VP fields, having a 4 year pruning cycle period, the height of the bushes has to be systematically raised by adding new leaves to the plucking table, to replace the old leaves which have served their period of usefulness, having contributed towards production.

In the 1st and 2nd years after pruning, the height of the bushes has to be raised 8-10 inches and in the 3rd & 4th years, the bushes should attain a height of 6 to 8 inches. This exercise will ensure that the tea bush frames are developed to have healthy branches that will serve as the primary base for crop production in the future years.

Based on four decades of first-hand experience, it is my candid opinion that if the present fertilizer is replaced with organic manure, with its low levels of NPK, the size of the bushes will erode, resulting in massive crop loses. This will rapidly reach a stage where even if these practices are later reversed, and best agricultural practices restored, it would not be possible to resurrect bushes to their previous status.

I believe it will also be most prudent for the government, before embarking on this exercise, to select at least two productive plantations to test their proposals under the management of the TRI for a period of two years and thereafter, assess the performance.

There are 2 million people engaged directly and indirectly in the tea industry. Their future will be in jeopardy if inappropriate fertilizer policies are introduced without sufficient research to prove their effectiveness, especially if these policies backfire.

Tea is nature’s gift to mankind and is the cheapest drink in the world with positive health attributes to prevent coronary heart deceases, various forms of skin, stomach esophagus, lungs, colon, breast and prostate cancers and dental decay.(The research papers and two books on Tea & Health are available at the TRI)

Introduction of organic fertilizers will escalate production costs and will transform tea from that of a poor man’s beverage to the drink of the limited rich segment of a society. Hence, the proposal needs re-thinking, in the greater interest of the country and its people.

Organic fertilizer to be produced under SLSI standards