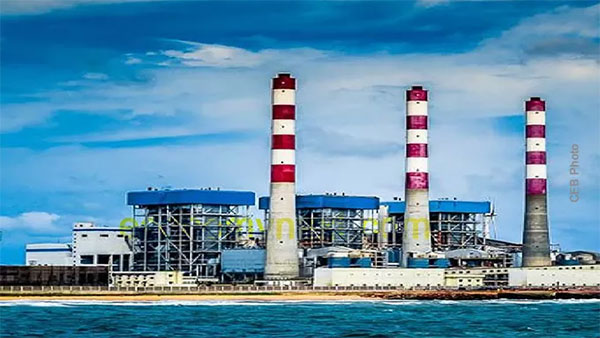 Sri Lankan government had saved more than USD 2 billion, thanks to three coal-fired power plants at the Lakvijaya Complex in Norochcholai, a foreign expert said, adding that the China Machinery Engineering Corporation (CMEC) had already invested USD four million to extend it to a fourth plant.

The Ceylon Electricity Board (CEB) too has invested USD one million on the proposed fourth, plant urgently needed.

Officials at the plant complex told The Island that officially they had not been asked to halt the plant. “In that case, there is a high probability the CMEC would take up the matter at a different level”, they said.

“We are certain that your Excellency will provide the Ministry of Power and the CEB all the necessary directions and assistance to complete this nationally important 300MW coal power extension project within the shortest possible time considering concrete facts.”

The fourth plant at Norochcholai would give an annual saving of more than Rs. 27 billion, former CEB Chairman Eng. Vijitha Herath told the writer recently.

Last year, the Cabinet decided that the contract for the construction of the fourth unit should be given to the China Machinery Engineering Corporation (CMEC) considering the huge revenue saved due to the contribution from 3×300 MW plants.

Cabinet proposals dated 05.02.2020 and also 03.06.2020 submitted by the President were aimed at implementing the 300MW coal power extension project because the country was facing an imminent power shortage because not a single large low-cost power plant had been set up since 2014, according to the CEBEU President.

Kumarawadu said the 300MW plant would generate nearly 2 billion units of electricity a year. The fuel cost per unit of the existing coal plant is Rs.10 less than the next lowest thermal option available––furnace oil power plants. Hence, the average annual savings to the country by the new plant would be around Rs. 20 billion, according the to CEB engineers, who pointed out that the investment required for the new extension unit was comparatively low. They noted that all other power projects in the pipeline required a massive amount of investments in infrastructure and take a a very long time for implementation. “This should be seriously considered by the government in a situation where the country is facing severe financial hardships due to the Covid-19 pandemic,” the CEBEU has written to the President.

All preliminary work, related to the project, like comprehensive feasibility studies, the finalisation of technical requirements, commercial agreements, etc., was now complete, and everything was ready for the commencement of construction work, he said adding that the comprehensive Environmental Impact Assessment (EIA) too was ready for public perusal.

Dark side of energy picture in Sri Lanka