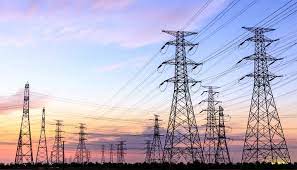 Renewable Energy Associations that include small hydro, wind, solar, and biomass power developers, and also the Solar Industries Association of Sri Lanka, have jointly said that the national grid of Sri Lanka risks losing 1,250.9 megawatts (MW) of power generated by renewable energy developers, as the Ceylon Electricity Board (CEB) has not paid for Rs. 22 billion worth of electricity supplied by them since August 2021.

Speaking at a media briefing held yesterday (27), the representatives of the respective associations emphasised that at this critical juncture, where the country is in a dire economic state, they are pressed to cease operations, being unable to meet critical payment-related obligations including employee salaries, maintenance, and debts.

“The net effect of this would not just be that the country would lose this mass of clean energy, but it will lead to a severe economic crisis, as the alternative will be to procure thermal power by burning fossil fuel at an astronomically high cost of about Rs. 90 per unit, as opposed to the average cost of Rs. 15.77 paid for renewable energy. This will exacerbate the foreign exchange crisis and be unbearable to the country at this juncture,” they noted.

As a whole, they said, the CEB owes approximately Rs. 22 billion to renewable energy operators, due to which they are not even able to pay salaries to about 7,000 employees, which may lead to a severe social crisis. Claiming that the banks have lent about Rs. 60 billion to the industry, they said that the servicing of these loans would come to a halt soon.

“This can impact the banking system as well,” they warned. “On the other hand, there are about 550 MW projects in the pipeline for impending financial closure, and if those are not financed and developed, the country will turn to high-cost fossil fuel for power, further fuelling the economic crisis. Also, the future target of 70% of power generated through renewable energy sources will never materialise, as delayed payments will drive away investors.”

They added that the CEB should focus on cost efficiency and promoting renewable energy by creating greater flexibility in decision making at the Sustainable Energy Authority, the Power and Energy Ministry, the Finance Ministry, the Attorney General’s (AG) Department, and the Public Utilities Commission of Sri Lanka (PUCSL).