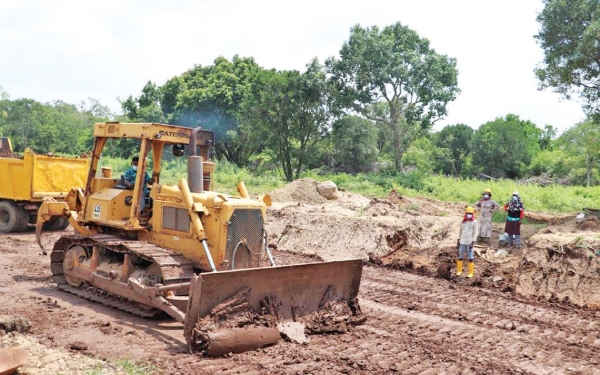 The Lower Malwathu Oya Multi-Sector Development Project construction is getting slower due to ongoing financial crisis, Anuradhapura Government Agent Janaka Jayasundara was told at a Progress Review Meeting on May 27 at the Anuradhapura Kachcheri, by irrigation authorities.

They said that the dam construction commenced in March and only 3.02 percent of the work has been completed now. The main dam of the Reservoir is in Bogoda closed to Thanthirimale across the Malwathu Oya River.

The Malwathu Oya River starts from Ritigala and joins the sea at Arippu in the Mannar District having travelled 164km. The Malwathu Oya River basin is the second largest in the country covering 3,46 square kilometers. Under the Project, 244 families will be resettled in Kaluwila and Naranwala. The water capacity of the reservoir is 169,440 acre feet and it will be the largest reservoir in the Anuradhapura District.

Around 2,500 hectares of land would submerge under the project. Around 1,000 hectares have been earmarked to accommodate settlements. A Rescue Archaeological Mission was launched to save around 21 important archaeological monuments in the submerging area and a new museum is being constructed to shelter and conserve archaeological assets, the Project Director said.