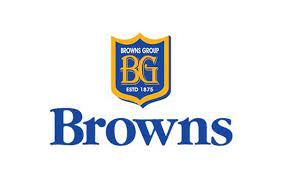 Browns Investments, a unit of LOLC Group, expects to enter into a negotiations with the Sri Lankan authorities to secure an unsolicited bid to supply coal to Norochcholai power plant after the party who was awarded the contract to supply coal backing out.

Browns Investments in a filing to the Colombo Stock Exchange (CSE) yesterday said it submitted an unsolicited proposal together with China Machinery & Engineering Corporation (CMEC) on August 12 in line with a n Cabinet decision to call for solicited, unsolicited and government to government proposals for the procurement of 4.5 million MT of coal for Norochcholai power plant through Lanka Coal Company.

Having learnt of the failure of the selected bidder to supply, Browns Investments had written to the Minister of Power and Energy on September 8, 2022 that CMEC-Browns consortium is able to ensure uninterrupted supply of coal to the country.

In the unsolicited proposal submitted on August 12, 2022 CMEC-Browns had expressed willingness to accept 50 percent of the contractual price in rupees coupled with the option of paying that 50 percent within a period of five years.

Also, according to Browns Investments’ filing to the CSE, it had offered a lower price per metric tonne of coal compared to the failed selected bidder.

However, during a recent press conference the Power and Energy Minister Kanchana Wijesekera said the lowest price was offered by the selected bidder at the time of the closing of the tender.

He said CMEC-Browns sent another proposal two days after the tender was closed offering a lower price per metric tonne compared to the selected bidder. “After closing a tender, we can’t go and give the order to another person,” Wijesekera was quoted as saying in a media report.

Meanwhile, Browns Investments in its filing to the CSE said in its letter to Power and Energy Minister dated September 8, 2022, it reiterated its commitment to adhere to the same terms offered in its unsolicited proposal dated August 12, 2022 even after the failure on the part of the selected awardee.

“In the above circumstances, considering the terms offered in its proposal, the company reasonably expects to enter into negotiations with the relevant authorities in order to secure supply of the required volume of coal,” the filing by the Browns Investments said.