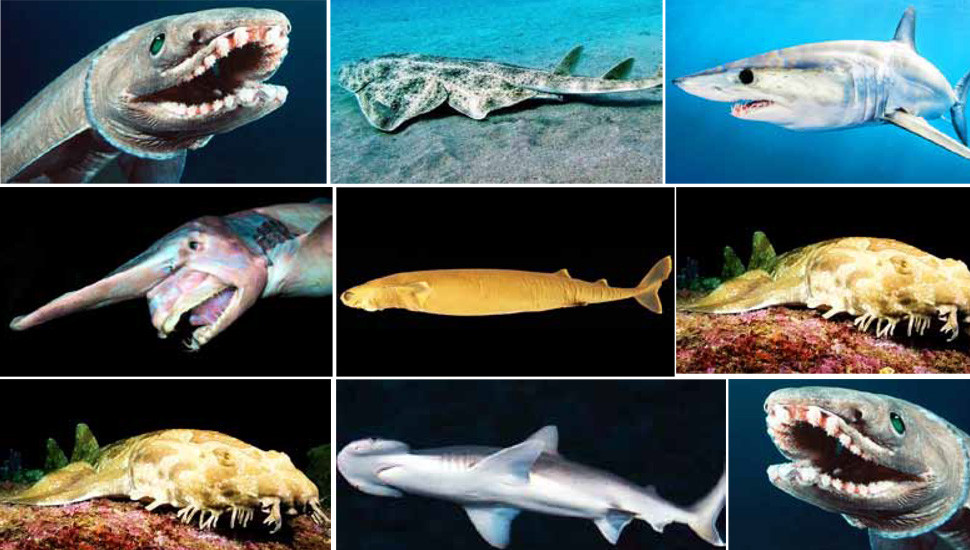 The Hollywood may have portrayed sharks as blood thirsty villains with neverending rows of sharp teeth but they are far more fascinating, complicated, and unique species of fish that have been around for millions of years. Fossil evidence suggest that sharks have been around for over 400 million years, easily predating dinosaurs.

Over the years sharks have evolved in many ways to fit best the environment they live in. There are over 500 species of sharks in fresh and salt waters around the world, and from the smallest dwarf lantern shark only a few inches long to the largest of them all – the whale shark – which can be up to 12 metres long, they come in all shapes and sizes.

Sharks fall into a subclass of fish called elasmobranchii which have skeletons made out of cartilages rather than bones. They also have five to seven sets of gill slits on each side, unlike other fish which normally have only one gill slit.

Although considered as the apex predator in the ocean, humans are not on the sharks’ menu. However, there have been a steady increase of the reports of shark attacks since the early 1900s but this is mainly due to the rise in human population rather than sharks being aggressive.

When a shark bites a human it is mainly to defend themselves, out of curiosity, or they confuse humans with prey. Sharks may not pose that much of a threat to humans but on the other hand humans have been the biggest threat to shark population. Apart from rising water temperatures courtesy global warming, threatening their existence, overfishing is reportedly claiming about 100 million shark lives every year.

Because of this, many shark species are listed ‘protected’ and ‘endangered’ around the world. This protection status is vital because if we don’t take conservation action now, some species of sharks could go extinct pretty soon. Out of over 500 species of sharks found in the seas, here are some of the unique species of sharks that you might not have known about.

This active tropical shark is also called shovelhead shark and usually grows to be about 3 feet long. Bonnetheads are the smallest sharks in the hammerhead family and usually found in shallow seas and estuaries along the tropical coasts of North and South America. What makes bonnetheads unique is not just the shape of its head but also the unusual appetite of theirs. Scientists have recently discovered that about 50 per cent of bonnetheads’ diet consists of seagrass.

These bottom dwelling sharks have poor eyesight but are masters of camouflage. Found mostly found in shallow waters around Australia and Indonesia, this shark gets its name courtesy the whisker-like barbells around its snout. The word ‘wobbegong’ comes from Aboriginal dialect which loosely means ‘shaggy beard’. Have a look at the shark and you will see the name is quite apt.

Also called the cigar shark these are parasite sharks, meaning they feed off larger fish without killing them. They get their unique name because of the shape of the bite mark they leave on the prey’s body. They also have the largest teeth of all sharks compared to its body size. These large teeth come in handy because food is scarce in the deep waters they live in. Once shed the cookiecutters swallow their old teeth which gives them nutrients as well as calcium to strengthen their bones.

These rare sharks can grow to be over 12 feet long and found in parts of the Pacific, Indian and Atlantic oceans. For the most part, apart from their thin snouts which are slightly longer, goblin sharks looks like any other shark but horror unveil when they are about to eat. Their protruding jaws shoot out of the mouth as they snap prey with sharp teeth. With their jaws fully extended goblin sharks truly looks like something out of a horror movie.

These torpedoes with teeth are fastest sharks in all seven seas. In quick and short bursts they can reach speeds up to 35 miles per hour which comes in handy when ambushing their prey (tuna, swordfish, squid, and sometimes even other smaller sharks!). A grown shortfin mako can grow up to 12 feet long and they are usually found in almost everywhere since they are a highly migratory species of shark. However, even the fastest shark is finding it hard to escape humans as they are often caught in large fishing nets and hooks of adventure fishing .

This relatively smaller shark which grows usually up to 7 feet is often mistaken for s ray because of its flat body with extremely long pelvic and pectoral fins. They are also ambush predators who lie motionless on the seabed until a prey comes closer. Most of the angel shark species are listed, ‘critically endangered’ since the numbers have gone drastically down over the years. There is not much of a commercial value for angel shark but they unfortunately become the by catch of gillnetting and other shallow sea fishing methods.

Frilled shark gets its name from the frilly gills it has located comparatively farther back on its body. Frilled sharks can grow up to seven feet and are rarely located in the wild. The prehistoric-looking snake-like shark spends much of its time deep in the ocean and has several rows of long teeth, each with three long points that are perfect for snagging the soft bodies of this prey. Their main diet consists of squid but frilled sharks are known to eat a variety of other fish, even smaller sharks.