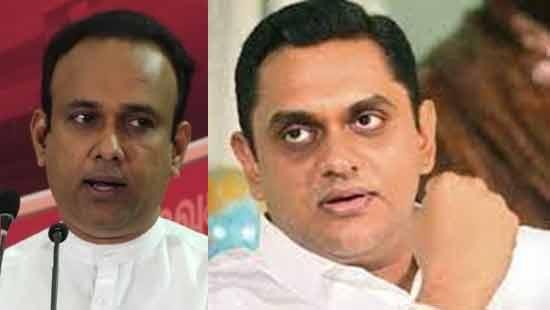 The Cabinet has not approved the importation of organic compost, revealed State Minister of Organic Fertiliser Shasheendra Rajapaksa, responding to a comment made by Cabinet Spokesman Minister Ramesh Pathirana during a press briefing held in announcing Cabinet decisions.

Addressing the briefing Minister Pathirana had said, “The Cabinet has approved the resolution tabled by honourable Minister of Agriculture Mahindananda Aluthgamage to import organic fertilser and keeleted particle plant feeder for the Maha Kanna season 2021-22. The Cabinet approval has been granted to honourable Minister of Agriculture to proceed with the procurement process to import this particular fertilsier as organic fertiliser, in the event that the entire requirement cannot be met from the local organic fertiliser production.”

However, in response, Minister Rajapaksa said, “The Cabinet did not grant us any approval to import organic compost fertiliser at all. As of now, the farming community and the other large-scale compost fertiliser manufacturers have already initiated the manufacture of fertiliser consisting of 01% minimum Nitrogen and 03% organic solid fertiliser Nitrogen. It should be cleared out that we were allowed to import a nitrogen extract produced by natural plant nutrients. It should also be clearly stated that the Agriculture Ministry is ready to commence paddy cultivation in Ampara District this Maha Kanna Season using this nitrogen extract alone with locally produced organic fertiliser.”