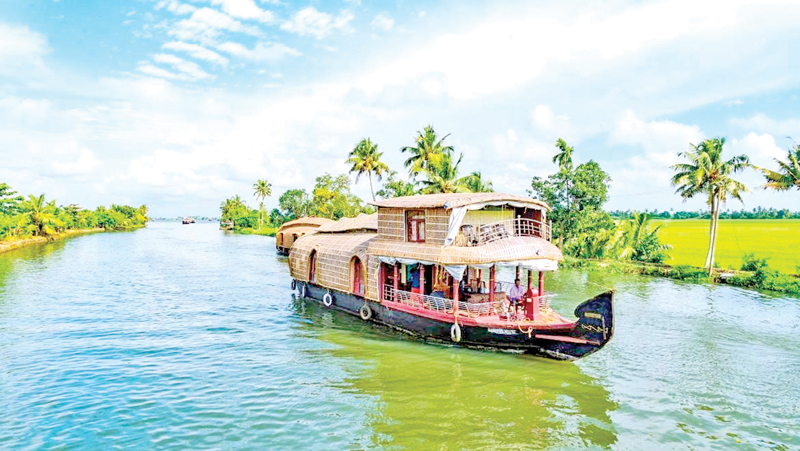 Rivers have sustained and empowered human civilizations for centuries. Today rivers still provide a range of services that can be used for the benefit of human society. They have the dependable potential to provide freshwater for domestic consumption, create livelihoods and commercial production (agriculture, livestock and fisheries), industry and energy, and are used for transport and tourism, all contributing to national economic growth and poverty reduction.

Globally, good river health is often assessed in relation to water quality, environmental flows, connectivity of river habitats, and biodiversity. Riverine ecosystems also play a key regulatory function in our environment, supporting biodiversity, transporting sediment and nutrients, diluting pollutants and waste, and regulating floods and drought periods. River ecosystems (e.g. wetlands) have some natural capacity to buffer against climate variability and change. There is a strong link between water security and food security. Water is also essential for good nutrition and health, which are interdependent.

Healthy freshwater ecosystems play a role in dilution and filtration of pollutants (agricultural, industrial) and human and animal waste, as well as reducing waterborne or water-related diseases; health benefits are obtained from using clean water for drinking, cooking, bathing and washing clothes. Basically clean water from rivers sustains life. Rivers are important for hydropower generation, which in some countries represents a large proportion of the energy mix. Electricity generation is a necessary condition for many social and economic activities; development of hydropower can help bridge the gap between supply and demand.

The Ramsar Convention promotes the concept of wise use, recognizing that alteration of the river and its ecosystems can facilitate realization of benefits, but that the level of alteration should not degrade the system itself. The concept of ‘wise use’ promoted by the Ramsar Convention recognizes the need to secure benefits for society over the long-term through the protection of ecosystems.

Irrigated agriculture is another vital benefit which humans derive from rivers. Food yielding crops grown under irrigated systems support livelihoods, with the potential for significant revenue generation. Paddy fields in the South Asian region are a good example of how rivers enhance and sustain rice production, along with many other fruits and vegetables. Irrigation can also support food security through improved stability of food supply in areas subject to drought and seasonal variability, increased food availability and better incomes for farmers.

For centuries farming families have had a great respect for the life-giving rivers. Freshwater fisheries can provide an important source of protein and income, particularly in developing countries. Rivers can provide multiple societal benefits through supporting irrigated agriculture. Irrigation requires adequate volumes of freshwater of sufficient quality, and floodplain recession agriculture relies on deposits of soils and nutrients. Irrigated crop production is possible at multiple scales, with different actors from smallholder farmers working on small and non-contiguous plots, to large-scale commercial farms. Commercial irrigation combined with other agricultural practices can significantly improve yields.

Fisheries are a major provisioning service provided by freshwater ecosystems. When humans carefully harvest this resource through catching, consuming and selling fish (for consumption or as ornamental pets), the provisioning ecosystem service translates into various societal benefits. Freshwater “river fish” are a good alternative in areas away from the coast. Freshwater fish if cooked correctly, has its own distinct and succulent taste. Freshwater fish is seen in many regional menus across the world today. However, in the developed world freshwater fisheries are most valued as a recreational activity, which can generate cumulative economic benefits within the local economy. When fish are sold at the market for a profit, households can reap economic benefits from income creation.

Determining how much water can be allocated to human use or distorted through flow stabilization (such as dam construction) without loss of ecosystem integrity is central to an understanding of how freshwater ecosystems support human well-being. Indirect drivers such as industrialization, land use change, population growth and Climate Change generate direct threats to rivers, lakes and wetland ecosystems through over-extraction.

Inland waters are closely associated with the development of human culture, and in some cultures rivers have a deep religious significance; the aura of healthy rivers can also contribute to spiritual fulfillment and mental well-being.

The River Ganges, running for more than 1,500 miles across some of the most densely populated areas in Asia, is perhaps the most religiously significant body of water in the world. Originating from the Gangotri Glacier, high in the Himalayas of Northern India, the river flows southeast through India, into Bangladesh, before spilling into the Bay of Bengal. It is the primary source of water—used for drinking, bathing, and irrigating crops for millions of people. For Hindus, the River Ganges is sacred and revered, embodied by the goddess Ganga.

The Aghori sadhus are also found along many rivers in India. The Kumbh Mela festival in India draws millions of devotees to four sacred rivers where they bathe and engage in prayers. Rivers play an important role in conflict or stability.

History across the globe shows us many conflicts over water (rivers) between tribes. In ancient days tribes guarded their rivers as the rivers sustained cultivation and dairy farming.

Aesthetic enjoyment from appreciation of natural features, and recreational activities e.g. walking, boating, fishing, bird watching are another blessing from our rivers. They can relieve stress among city dwellers. Rivers can be attractive destinations for both local and international tourists for activities such as fishing, boating, and wildlife viewing, which will generate tax revenue and employment.

These ventures can also be used as channels to create awareness on the environment and Climate Change. Some regions in certain countries thrive off river based tourism, with an emphasis on eco-tourism. Fisheries also present an opportunity for recreational fishing, which is not driven by the need to consume fish. Recreational fishing occurs often as a tourist activity monitored by Wildlife Councils and Municipal Councils. In certain countries Local and National Governments have established an economic industry around the allocation of annual fishing permits and ancillary services for visitors.

Water is an important input for manufacturing, and is also used for lubrication, dyeing, cooling and washing; effective operation of an industry requires a sustainable supply of water in the right quantity, of the right quality, at the right place.

Rivers and water bodies are used to transport people and materials; water transport can be more cost-effective compared to other forms, particularly for bulk commodities, and can help to expand regional trade. Rivers have connected humans and sustained life. We need to prudently conserve and sustain all the rivers across the world for future generations. Their presence will impact and balance Climate Change. Rivers are a life giving source.