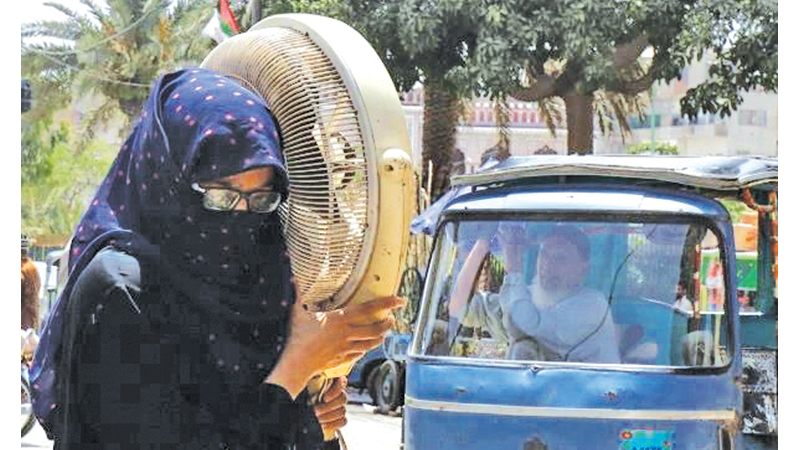 A woman carries a pedestal fan for repair due to the hot and humid weather in Karachi.

PAKISTAN: Pakistan’s health authorities have issued advisories for people and educational institutions as the mercury shot up in some regions – crossing 50°C.

Residents said that prolonged drought and unavailability of clean water are compelling people to drink contaminated water to beat the heat.

Pakistan Meteorological Department (PMD) said temperatures touched 50°C or above in three cities of Sindh, including Jacobabad where 51°C was recorded on Saturday while in Nawabshah (Shaheed Benazirabad) 50.5°C was recorded and 50°C on Saturday in Moenjo Daro.

Director-General Health, Sindh, Dr Jumman Bahoto, said there were some ‘confirmed’ reports of deaths and sickness due to heatstroke and waterborne diseases in some cities and towns of the province, which were experiencing an intense heatwave these days, adding that he had directed all the District Health Officers (DHOs) to collect data as well as establish heat stroke camps in their jurisdiction, reported Geo News.