Heating Up in Tokyo 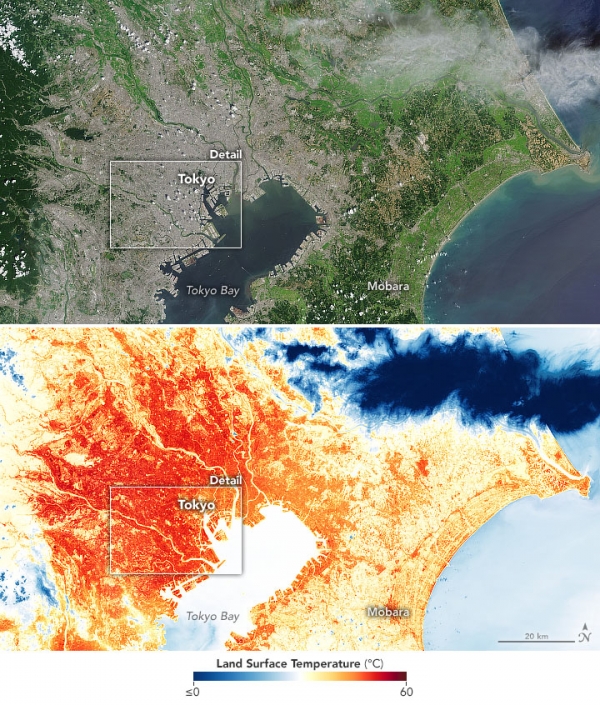 Ever-warmer summers are among the challenges confronting athletes competing in the Olympic Games.

As the 2021 Olympic Games opened in late July, Tokyo was in the midst of a humid heat wave that pushed temperatures above 34°C (93°F) several days in a row. For meteorologists and climatologists, the arrival of sweltering temperatures in Tokyo in August comes as no surprise.

Tokyo has always had hot and humid temperatures, but after decades of global warming, increases in the frequency of heat waves, and extensive urbanization, summers in Tokyo are as uncomfortable as ever—and sometimes dangerous—for the city of 14 million.

The challenges are not unique to Tokyo. The other two finalist cities for these Olympic games—Madrid and Istanbul—were also sweating through heat waves during the last week of July 2021.