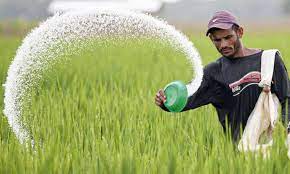 The government has, at last, yielded to the unceasing demand of farmers for chemical fertilisers over the last several months, by its recent gazette notification, although it claims that its policy on organic agriculture remains unchanged! The farmers should, however, be elated and this is reminiscent of what happened nearly a century ago when British farmers did the reverse, shifting from organic to chemical farming! Sir John Russell (1942), a famous British soil scientist, in an article referring to transition from organic to conventional farming then, states that: “It is difficult for us in this distance in time to recapture the feelings with which the farmers received the information that a powder made in a factory and applied out of a bag at the rate of only a few hundred weights per acre could possibly act as well as farmyard manure put on the land as dressings of tons”!

Regrettably, the government totally ignored the view of the majority of scientists and academics that shifting totally to organic farming within a season is impossible, and that it should be attempted gradually. In fact, the President failed to consult the Department of Agriculture and other crop research institutes before rushing into the decision, vehemently supported by a few, including a medical doctor, who appears to be the chief advisor on the matter.

However, this advisor’s knowledge in agriculture is evidently scanty, as per his utterances, but he has been deceiving the masses, too, with numerous unsubstantiated claims, via mass media. Interestingly, his claims, one after the other, have been brilliantly and comprehensively debunked by a qualified and well-informed scientist in a video now doing the rounds, via YouTube, which everyone interested in the matter should watch!

No country has been able to totally shift to organic farming from conventional or chemical farming to date! Only 1.5 percent of total farmed land is subjected to organic farming of which 66 percent is pasture, only the balance being crop. And although returning to organic farming, which was abandoned at the beginning of the 20th century, commenced about six decades ago, only 16 countries have hitherto exceeded 10 percent in organic farming! It is expanding at a meagre rate of two percent per annum.

It would appear that Basil Rajapaksa, the new Minister of Finance is the prime mover in the policy change! Under his hand by a Gazette Notification dated 31st July 2021, under the Import and Exports Act No.1 of 1969, permission has been granted theoretically for the importation of virtually all chemical fertilisers, but under import control licenses. However, the government has vehemently claimed that there is no shift in its organic agriculture policy!

The notification, too, is confusing! It states that it has been “published in order to regulate the importation of chelated minerals and micronutrients which were previously banned”. Chelation here implies encircling of a metal nutrient by a large organic molecule. That way the metal molecules are protected from certain adverse soil reactions which reduce the availability of the micronutrient to the crop. However, apart from micronutrients chelated or otherwise, there is a provision in the gazette notification, as stated below, for the import of the following, as well under license.

“Mineral or chemical fertilisers, phosphatic; superphosphates or other

The above implies that virtually all chemical fertilisers could be theoretically imported!

The crux of the matter is how the licenses would be given? Would it be to all regular fertiliser importers or a few henchmen of the powers that be!

Although the chemical ban has been in place since April this year, farmers suffered immensely last Yala season. Some predictions made by experts of the Institute of Agriculture and others, if the policy of organic farming were to continue, reveal a profitability of paddy farming and rice consumption to decrease by 32.7 percent and 26.7 percent respectively or imports to increase by Rs 10 billion. Similarly, a reduction in tea productivity and loss of foreign export earnings by Rs 85 billion per annum and a decline in coconut yields by Rs 18 billion per annum are predicted. Further, the decline in productivity of field crops such as vegetables are predicted to be large. More specifically, a reduction in GDP by 2.65 percent owing to a 20 percent yield loss in crop agriculture sectors is predicted. Overall, the economic growth will be retarded with adverse implication on employment, rural economic activity, food security, poverty and vulnerabilities. Let us hope that sanity will prevail and the government will implement a realistic fertiliser policy.

The reason for the shift to organic agriculture is the myth that agrochemicals are the cause of non-communicable diseases, especially the chronic kidney disease of Rajarata. It is now established with substantial evidence that the cause is hard water in conjunction with fluoride present in many wells in Rajarata, especially on high ground. Apparently, there are some 176,000 such wells. A study by none other than the Coordinator of work on the kidney disease in the Health Ministry, Dr. Asanga Ranasinghe and others published in 2019 (BMC Nephropathy Vol 20) reveals clearly that with people learning that the disease is caused by bad water and consequently refraining from drinking such water, from about 2016, has resulted in a substantial decrease in patient numbers. Regrettably, the Health Ministry or Department has not made a firm pronouncement on this finding to date. The consequence has been that the Ministers of Health, Agriculture, many others and even the President continue to blame agrochemicals as the causal agent for the kidney disease! There has been no evidence at all to implicate causation of any non-communicable diseases by agrochemicals.

Righting the Ship: The X-Press Pearl disaster and the imperative for regional maritime cooperation