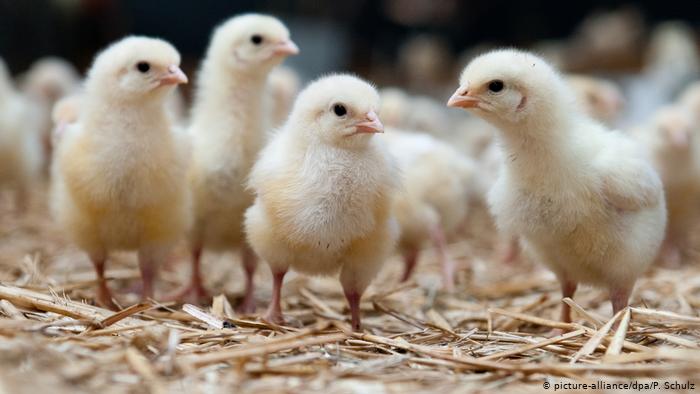 The federal government has passed legislation to ban the mass killing of male chicks as of January 1, 2022. The decision means that Germany is set to be the first country to ban male chick culling by law.

The mass slaughter of male chicks will be banned in Germany from the beginning of next year, the Bundestag announced on Thursday.

The federal government passed legislation prohibiting the traditional chick farming method — a practice that critics have long criticized as unethical.

Chicken farms around the world traditionally slaughter male chicks by the millions shortly after hatching because they cannot lay eggs and are not suitable for meat production, meaning that raising them would not be economically viable.

Animal welfare concerns a priority
Agriculture Minister Julia Klöckner, who had proposed the bill, said she did not consider chick culling “to be ethically acceptable.”

Germany’s Federal Administrative Court ruled in 2019 that animal welfare concerns outweigh the economic interests of farmers who wish to practice chick shredding, and declared the practice permissible only for a transitional period.

German farmers will now be required to use to use technology to prevent male chicks from being born in the first place, by identifying the sex of the animal before it has hatched.

At a later phase in the transition, which will take effect in 2024, only methods used much earlier in the incubation process will be allowed, aiming to ensure that the embryos feel no pain. The Bundestag said it wants to give the farming industry time to adapt to the new legal situation.

In Germany alone, about 45 million male chicks are killed each year in a practice that animal welfare advocates call “chick shredding.”