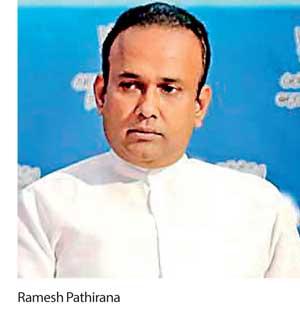 The government is expecting a fresh shipment of organic fertiliser that meets Sri Lankan standards, from China’s Qingdao Seawin Bio-tech Group after settling the US$ 6.7 million claim by the company.

Responding to a media query at the weekly Cabinet press briefing yesterday, Cabinet Co-Spokeperson and Minister of Plantation, Ramesh Pathirana revealed that although the government agreed to pay US$ 6.7 million to Seawin Bio-tech, the US$ 5 million bond deposited by the company wouldn’t be released until it delivers the agreed organic fertiliser in conformity to Sri Lankan standards.

The government earlier rejected a shipment of 20,000 tonnes of fertiliser from the company after the National Plant Quarantine Service (NPQS) had found that samples of the fertiliser contained harmful bacteria.

Seawin Bio-tech won a government contract to supply 99,000 tonnes of organic fertiliser. However, following the rejection of the shipment, the government turned to India to secure nano-fertiliser.

Power cuts are back: CEB