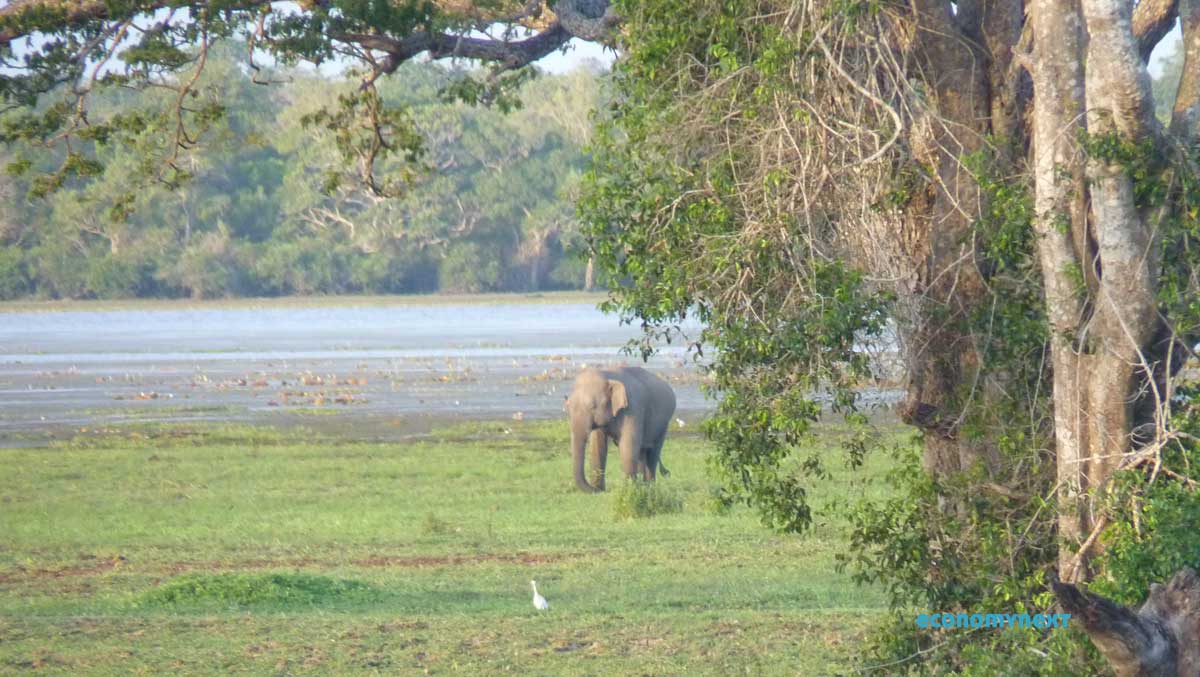 Presenting the first COPA report in parliament Tuesday (20) morning, Vitharana said that policies adopted by authorities to date to address the conflict has only resulted in increased human and elephant deaths.

The government MP said implementing a proposal by elephant expert and head of the Centre for Conservation and Research (CCR) Dr Prithiviraj Fernando would be “far more sensible”.

Ferando had proposed erecting electric fences around vulnerable villages and cultivation sites while leaving the rest of the forest open. According to Vitharana, Fernando had tested his method for seven years in Galgamuwa, in the Kurunegala district.

“I went there and saw what had happened. I spoke to the villagers. They said there is no conflict there anymore but instead a friendship has developed between the humans and elephants,” the MP said.

Sri Lanka has the highest casualty rate in the human-elephant conflict in the world, according to former Wildlife Department Director General Dr Sumith Pilapitiya.

2019-2020 saw 407 elephants killed as against the previous annual average of 272. The number of people killed also increased from an average of 85 humans to 122 per year.

Related: Sri Lanka ranks as the country which killed the largest number of Elephants in the world: COPA

“During discussions with the ministries concerned, it became clear that over the past nine to 10 years, the costs [incurred in preventing conflict between elephants and humans] have gone up. But at the same time, the number of human and elephant deaths has also increased,” said Vitharana.

COPA deliberations have also revealed that only female elephants and baby elephants were getting into villages, said Vitahrana, adding that the animals were starving and dying in the forests when food was scarce.

“The real troublemakers, the big elephants, were roaming around continuing to create trouble,” he said.

The total length of the electric fence constructed in 2019 and 2020 is 4,756 km, according to an audit ordered by COPA and carried out by Dr Fernando and the CCR.

Although the National Action Plan for the Mitigation of Human-Elephant Conflict was prepared by a multi-stakeholder committee chaired by Dr Fernando and was handed over to the government in December 2020, the government has so far failed to implement it. (Colombo/Jul20/2021)