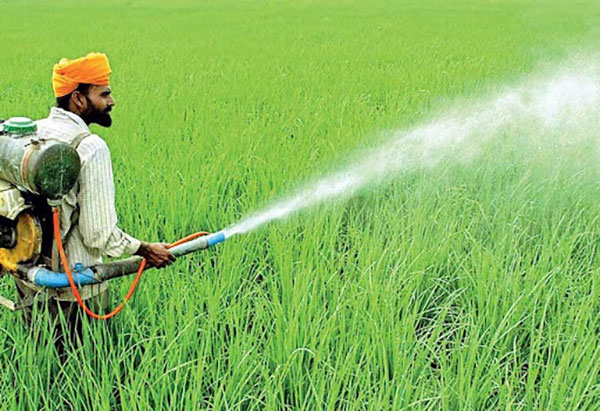 Over 70% of the artificial fertiliser used by Sri Lankan farmers ended up in water sources, Executive Director of the Centre for Environmental Justice (CEJ) Hemantha Withanage said yesterday.

“Sri Lankan farmers were given a considerable fertiliser subsidy and our farmers use four times the amount of fertiliser used by their regional counterparts. Successive governments have failed to establish a good extension service and farmers now depend on the advice of fertiliser and pesticide sellers. Sometimes they even use several pesticides at once,” Withanage said.

The farmers had been misled because Sri Lankan governments in the last 40 years had allowed the agrochemical industry to formulate our agricultural policies, Withanage said.

“Our farmers use excessive amounts of fertiliser for several reasons. Being exposed to propaganda is one, another serious issue is that tonnes of topsoil per acre, in certain agricultural lands in the central province, is washed away annually. This is because the farmers do not know about soil management,” he said.

“Making our agricultural organic is not easy or something that can be done overnight. Converting large scale tea plantations into organic farms is exceedingly difficult. In the last 45 years we have used so many toxins, soil in most agricultural zones are infertile. There are no natural bacteria or insects in these soils. It will take some time to restore the soil,” he said.

Withanage said Cuban farmers had told him that it took between three to five years to successfully introduce organic agricultural practices to a farm. The government must also look at restoring the diversity of our seed and plant varieties, the CEJ Executive Director said.

Sri Lanka, which once had 3,000 paddy varieties, 700 banana varieties and 60 kurakkan and gingelly varieties, now was left with only hybrid seeds in abundance, he said.

“We can’t import compost. Alien micro-organisms will enter the country and the impact of these new entrants will have devastating impacts. Importing urban waste is not a good idea because these contain a lot of toxins. We can’t win farmers over to organic agriculture by song and dance, the government has to send instructors who know about organic agricultural methods to farms,” he said.

CEJ Executive Director said that the yahapalana administration spent Rs. 250 million to promote organic agriculture. However, since there was no mechanism to educate and encourage the farmers, people became more skeptical about organic agriculture. The Gotabaya Rajapaksa government should be mindful of it and half-hearted and ill planned initiatives would only make people distance themselves further from organic agricultural practices, he said.