Everything non-inorganic is not organic 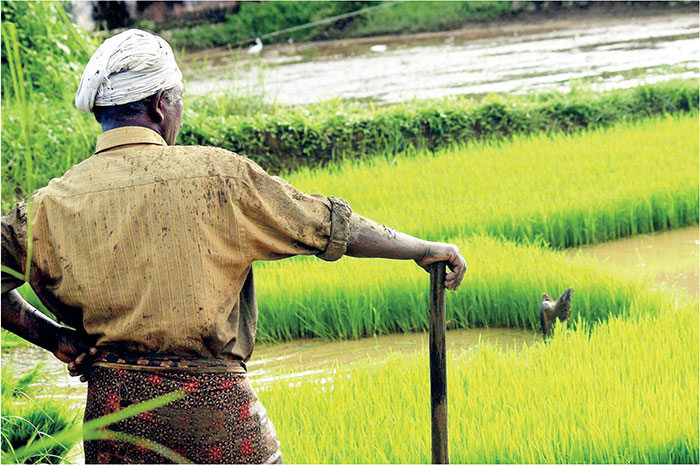 The government has decided to convert the entire agriculture production from non-organic into organic. The President has declared that Sri Lanka is the first country to achieve 100 percent organic in farming. Genuine experts and practitioners have questioned the feasibility of this project. Pseudo experts are full of praise for it.

Farmers and smallholders who are not experts have to bear the brunt of the project. They experience shortages of fertiliser and are confused. They claim that during the previous election, politicians promised ‘more’ fertiliser free. But politicians claim that they did not promise chemical fertiliser.

We have been witnessing on electronic, print and social media, seminars, webinars, dialogues, debates, explanations, arguments, counter arguments, protests, rallies on the changeover to organic farming. Nobody speaks against organic farming. Experts, practitioners, farmers, researchers, extension workers are all supportive of it.

There is no single, universally accepted definition of organic food or organic farming. Organic farming is, in general, expected to conserve biodiversity, recycle resources on the farm, and bring about ecological balance. Withdrawal of inorganic inputs is not organic farming by any definition. The government has not declared a clear policy, programme or a formula on the use of organic matters to define what is permitted on an organic farm and what is not.

The changeover from inorganic farming to organic farming is time-consuming (takes three or more years) and expensive. Converting the entire country, at a prohibitive cost, is nearly impractical. There are no competent agencies and personnel to prove the farm is meeting organic standards. No specific standards and formula applicable to different crops and different stages of growth of a plant have been laid down. During the conversion the farmer incurs losses due to non-availability of any type of fertiliser, which in turn causes a decline in yield.

Organic farming is more labour-intensive; the tasks of weeding and applying tons of compost are done manually. Sri Lankan agriculture is characterised by a shortage of labour. As a result, farmers would have greater costs without a proportionate increase in yield. The farmer runs the risk of losing crops due to pests and disease that cannot be dealt with by organic methods. Organic pesticides are less effective and not necessarily trouble-free; they can be harmful to the environment and human health.

The density and dispersion of population have drastically changed from the Parakramabahu era to date. Land which was exclusively available for farming has been encroached upon by many other competing needs. Inorganic farm practices and materials were found and promoted to ensure the food security of a growing population worldwide and to overcome the non-availability of adequate farm land. The current farming practices and materials are results of extensive and lengthy scientific research. A suddent replacement of scientifically proven practices with alternatives does more harm than good.

According to findings of soil and agriculture scientists the top soil in many parts of the country especially in the hill country is eroded. Hence the enrichment of soil has become a priority. It has to be done through organic material. Agriculture extension services have failed to educate farmers on such soil enrichment practices. The farmer does not have access to research findings, technology, inputs and new knowledge, reflecting the failure of extension services. He chooses the type of fertiliser and the dosage according to his understanding instead of recommendations by agencies responsible. The government’s decision to ban imports and use of chemical fertiliser is tantamount to penalizing the farmer for the failure of officials.

In 1970s and 1980s food security took precedence over food safety. With population increase successive governments and agriculture authorities came under pressure to ensure food security. The Agriculture Department was busy with studies and research to develop high yielding seeds and planting materials, and effective fertiliser application. These measures were basically non-organic. The Department had been propagating, and promoting these practices until the day before the President announced banning of non-organic farming.

Consumer taste, preference, habits and affordability have changed over time. Many different varieties of agriculture products were produced in response to such changes. Production methods, inputs and cost have changed. The emphasis was on improving yield, productivity and cost efficiency. Scientifically researched and tested chemical fertiliser have come forth to answer plant needs and consumer needs. The farmer cannot decide what type and ratio of fertiliser is required for different plants at different stages. It is a science and experts have to make such decisions.

Sri Lanka has been exporting several agriculture crops. They all use nonorganic fertiliser, weedicide and pesticide. Use of non-organic material has not been an issue for the volume or the price of exports.

Attempts to produce export crops through organic farming will cause their quality to drop. On the other hand, some export crops are not edible, rubber and foliage for example. The said health hazards are not applicable as regards such products. Economic loss will be much higher than whatever the gain.

Chemical contamination doesn’t happen only in the field alone. Most food is processed before they are consumed. Unprocessed organic food undergoes processing, packaging, storage, and transport. They interact with chemicals such as preservatives, processing aids, additives, packaging material and fuel. What is produced on the farm organically reach the plate after much chemical interaction.

Sri Lanka never had a properly laid down Agriculture Policy. We did not have a direction; road map, adequate resources, right technology, right raw material and inputs with a policy and a programme. Our agriculture sector is disorganised. It moved from peasant to commercial farmer and many different actors in between. Our agriculture value chain is so unique. In addition to passing through varying actors, from farmer to the end consumer, it involves the President, ministers, and officials as well. The value chain is so fragmented; links are scattered or piled up in heaps. Pre-harvest actors and post-harvest actors never see eye to eye.

Some farmers who were in dire situations due to the inability to repay loans committed suicide. They are conducting streets protesting against the non-availability of fertiliser.

The government will be praised for the noble thought, but blamed for bad implementation.

The changeover from inorganic to organic is welcome, but has to be done in a systematic, scientific manner based on research and lessons learnt rather than rhetoric and emotion.