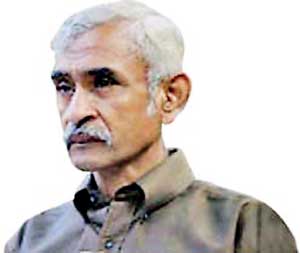 Environmental Lawyer Dr. Jagath Gunawardana, farmers trade unions, and agricultural economists are opposed to the import of organic fertilisers, a proposal which recently received the approval of the Cabinet of Ministers.

Speaking to The Morning, he said that these organic fertilisers may have many unwanted disease-causing organisms that may harm plants in Sri Lanka.

It is also not feasible to disinfect the stocks of organic fertilisers because disinfecting large amounts of material is not going to be easy and effective, he added.

“You can’t disinfect a large number of materials effectively and efficiently and it is not going to work in the long run,” Dr. Gunawardana further noted.

Meanwhile, the All Ceylon Peasants Federation National Organiser Namal Karunaratne also noted that bringing down organic fertilisers could be dangerous.

“Most developed countries have huge amounts of chemical, electronic, and heavy metal waste which they want to get rid of. This is what they do as a business. Why can’t we as a country make organic fertilisers on our own?”

Cabinet approval has been granted to import the required organic fertilisers and natural mineral requirements for 500,000 hectares of paddy cultivation during the Maha Season following the international competitive procurement system.

The Government has taken steps to ban the use and import of chemical fertilisers and agro chemicals including pesticides and herbicides/weedicides, to promote the use of organic fertilisers in the country.

Meanwhile, the Sri Lanka Agricultural Economics Association has also warned that there is a grave risk in using imported organic fertilisers which are likely to have seeds of weeds, pathogenic bacteria, fungi, nematodes (roundworms), etc. Such organisms could cause disease outbreaks in crops, livestock, and human society, leading to heavy economic losses, it said in a letter addressed to President Gotabaya Rajapaksa.

“Imported organic fertilisers also pose a high risk of contaminating our soils and water resources. Once the pollutants enter our ecosystem and destroy it, it is not easy to recover from the damage,” the statement added.