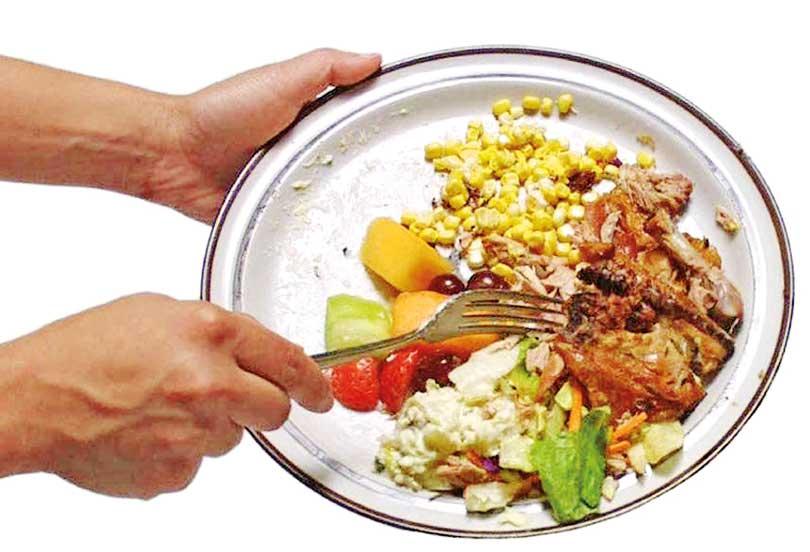 Speaking at a meeting yesterday at the Environment Ministry to mark the International Awareness Day on Food Waste and Food Pollution Reduction, the Minister said according to the UN Food and Agriculture Organization, about a one third of the world’s food production was wasted, and that amounted to 1.3 billion tonnes a year.

About 40 percent of the crops produced in our country were wasted and about 5000 tonnes of cooked and uncooked food were thrown away daily. It was a huge economic loss to the country, he said.

Minister Amaraweera said worldwide, countries were closely monitoring the food shortages and contributory factors. “Therefore, Sri Lanka has a target of reducing food waste by 50 percent by 2030,” he said, adding that at present some 820 million people in the world were suffering from hunger.

Worldwide, food waste was estimated at USD 939 billion. There were a number of factors that contributed to food waste. “When we look at our country, food waste is due to improper processing, damage caused by animals, improper harvesting and storage methods,” he said.

Minister Amaraweera also noted that high food consumption in the world as well as in Sri Lanka was also a cause of food waste.

The first recorded famine in the history of Sri Lanka was during the reign of King Walagamba. That famine caused by improper maintenance of canals and irrigation and foreign invasions led to massive food shortages.

“Today, the world as a whole is facing a similar threat. There is also a risk of food shortages, especially due to the economic downturn caused by the Covid-19 pandemic, the collapse of the job market and facilities network, rising food prices, the depletion of dollar reserves in poor countries,” he said.

Minister Amaraweera also said that food shortages had also been exacerbated by food-producing countries’s efforts to conserve their food reserves. The number of people suffering due to food shortages worldwide in 2019 was 118 million. But by the end of 2020, that number had risen to 768 million due to the pandemic.

“When we were little our mothers prepared meals sufficient for not only family members but also several others, thinking that there would be unexpected visitors. “If there were no visitors, our mothers processed leftovers. Aggala, a sweetmeat, was made from sundried cooked rice.

“Time has come for us to emulate our parents and grandparents in handling food. Therefore, on this International Food Awareness Day, I suggest that we follow the example of Arapirimasma (thrift) that our culture has taught us.”

is a modern economic science. That is, to manage the resources to the fullest extent possible”.