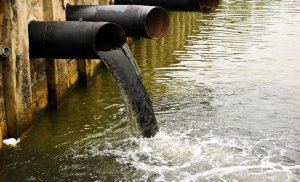 At present, environment authorities have identified 10,733 such waste disposal sites along the entire river system in the island.

Therefore, the Minister of Environment Mahinda Amaraweera has instructed the Central Environmental Authority to mark the reserve boundaries of all rivers as a measure to protect the rivers from environmental pollution associated with river water as well as the surrounding environment.

They pointed out that some individuals had used political power and bribed officials to build a number of unauthorized structures along the river, causing massive environmental pollution along the river system.

Accordingly, the Minister instructed to commence the program to mark the reserve boundaries covering all rivers from the Kelani River.

“The reason for this is that the Kelani River is currently the most polluted river in our country. Also, a survey conducted by the Central Environmental Authority has identified 1374 effluent disposal sites. Accordingly, 577 places have been reported from the Gampaha District and 797 from the Colombo District,” Minister Amaraweera said.

After marking the reserve boundaries along the Kelani River, steps will be taken to evict the unauthorized occupants and it is proposed to start housing schemes for them by the Urban Development Authority.