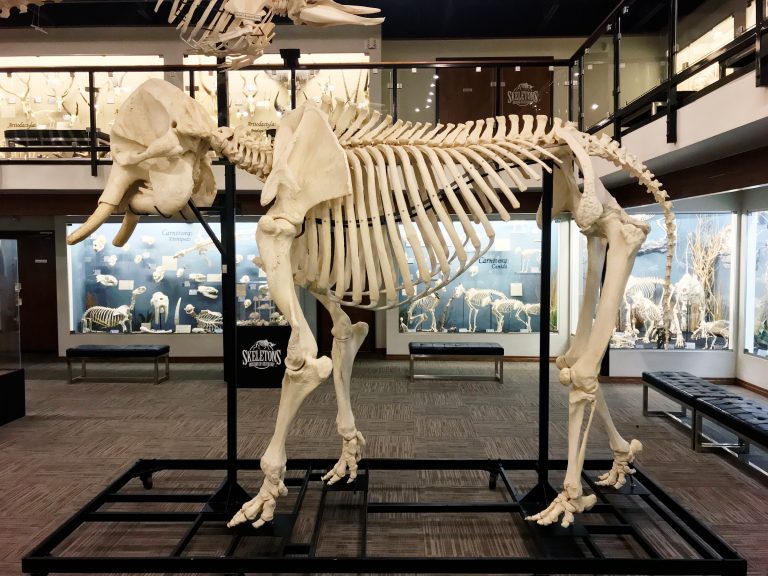 Elephant riding and hands-on interactions are hugely popular all across the globe, especially in South Asia. However, there is a dark side to these activities that have come to light in recent times that we should all be aware of.

In recent years, evidence of the cruel training practices used to “break” an elephant’s spirit has been widely exposed, especially through social media, but despite a growing international and also local move towards more responsible captive animal activities, elephant riding is still widely available.

While the inflicting of torturous practices to break the animal’s spirit is widely criticised, there is a lesser known element to the conversation – although elephants are large and strong, they are not built to carry weight on their backs, especially considering their anatomy. Instead of smooth, round spinal discs, elephants have sharp bony protrusions that extend upwards from their spine and these bony protrusions and the tissue protecting them are vulnerable to weight and pressure coming from above.

Veterinarian and conservationist Dr. Deepani Jayantha further explained the elephant’s anatomy stating: “Elephant vertebrae are with rough surfaces, ridges, and protrusions. Those are to bind with the heavy musculature of the animal. Thoracic vertebrae are special; they bear dorsally protruding spinous processes. This skeletal structure of the elephant thorax makes the spine bony (projectile) and uneven (undulating),” she said, adding: “These skeletal features are visible in normal (healthy) individuals. Bony protrusions are not seen in obese animals with high body condition scores.”

For context, Dr. Jayantha shared a rough comparison with horses. “Horses are being bred over generations to improve chosen traits. Elephants are not domesticated as such. They are usually wild-caught or bred in captivity, only for a very few generations. In other words, captive elephants are not selectively-bred to carry loads on their back.

“It is clear that only people’s comfort is considered in using elephants in tourism,” she said.

We also spoke to Senior Veterinarian Prof. Ashoka Dangolla who stated: “If you take humans who are also vertebrates, we can reasonably carry about 1/10th of our body weight comfortably on our heads or on our backs, however that does not mean we should carry such weight every day. Elephants too are able to carry a reasonable amount of weight if they must. However, just because you can, doesn’t mean you should,” said Prof. Dangolla.

He also stated that much of the problems come from how the weight is strapped on to the animal, and that the elephants’ anatomy must be taken into account when this is being done, which was further reiterated and explained by Dr. Jayantha who shared: “The thoracic region of the elephant has 20 vertebrae that carry ribs, and the last 5-6 ribs are not attached to the sternum thus free-floating. Free ribs help allow expansion of the lungs which is important in uninterrupted respiration,” she said, making note that the howdah is typically fixed tight to the ribcage.

It is evident that the spine of an elephant is anatomically not built to carry weight on its back. The combined weight of the mahout, the seat, and the passengers could possibly be too much for the elephant’s back, especially to carry on as a regular practice.

The sharp bony protrusions that extend from the spine in an upwards direction and notably, the restricting way of fastening the howdah to an elephant’s back as described by the veterinarians, all cause great discomfort and difficulty to the animal.

And when you take into consideration that an elephant is often forced to carry about 450 kg on its back, taking into account the combined weights of a mahout and up to four adult tourists, it makes matters worse that the carriages remain on the elephant’s back, even when they’re resting.

While the question of should we be using animals for tourism activities in this way is a question that animal welfare activists have brought up, perhaps next time we can also consider the questions as to whether the the animal could physically bear these pressures and if it is truly worth it to put a living creature through a painful ordeal for the sake of a new experience and a fun holiday capture.