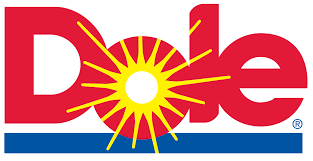 It has been reported that Dole Lanka, a multinational company that supplies vegetables and fruits to active foreign markets, is preparing to withdraw from the manufacturing process in Sri Lanka.

Dole is an American multinational supplier of vegetables and fruits to many countries, is also operating in Sri Lanka under the name Dole Lanka.

The company’s flagship project was the cultivation of Cavendish bananas, especially in the dry zone.

Accordingly, the project has been extended to most of the areas of Lunugamvehera, Buttala, and Wellawaya in Moneragala, and currently, the Dole Company is carrying out its production on more than 50,000 acres of government lands in the country.

However, it was reported that the parent company has to decide whether to stay in Sri Lanka or not as it has had a severe impact on production in the face of the current massive fertilizer crisis in the country.

There is a huge demand for these bananas especially in the international market and the company is making a significant contribution to the country’s agricultural exports and has created a lot of diversity in the country through these projects.