Do we need plant diseases, unwanted pests and plagues to add to the country’s woes? 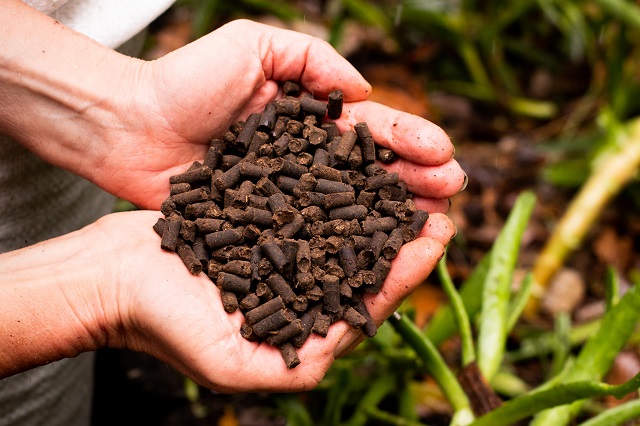 Judging by comments made by politicians and even some “experts” on the subject of fertilisers, both organic and inorganic, it appears there is a clear need for a better understanding on the pros and cons of using either or both categories of fertilisers.

The entire discourse on the fertiliser issue seems to be riddled with confusing and incomplete statements. What some understood to be a policy decision applicable to the current season, which is the Yala season is now understood to be from the following Maha season. The Minister for Agriculture also was heard in Parliament stating that organic fertiliser is currently being imported by some 20 importers and that the government will not import it. If his statement was correctly heard, he is saying that the country is already importing unwanted, undesired foreign substances and living matter and polluting and even poisoning the ground and possibly, ground water. He was also heard saying that there is enough stock of fertiliser for the current season, assuming the available stock referred to inorganic stock, although some feedback from growers seemed to indicate they do not have adequate fertiliser for this season.

The government must realise that the policy decision on the banning of imports of inorganic fertiliser, and how it is being implemented, information on the status quo when it comes to availability of fertiliser (organic and inorganic), and how it plans to address the gap between the requirement for organic fertiliser and what might be available locally and how they intend increasing the manufacture of it over the next few years, how they would contend with the after effects of not providing some crops with its essential nutrients found in inorganic fertiliser, and other related consequences will be managed. Perhaps a comprehensive press statement that covers all aspects will be not just helpful, but essential.

In a wide ranging opinion by Professor Janendra De Costa, Professor of Crop Science at the University of Peradeniya (See “The Fertiliser Saga; A Considered Opinion, https://island.lk/fertilizer-saga-in-sri-lanka-a-considered-opinion/), a well-researched and balanced opinion, Professor De Costa explains how a balance could be found between the progressive reduction of inorganic fertiliser and the increase in use of organic fertiliser, without endangering the health of people, with a guided, guarded and selective use of inorganic fertiliser, needed to ensure food security and export earnings in the immediate and medium term, and a self-sufficiency program for organic fertiliser through local manufacture. Resorting to importation of organic fertiliser with all its negatives associated with the introduction of unwanted evils that come when importing organic fertiliser, and creating a potential catastrophe even in the nature of a devastating plague that could impact very seriously on the country’s agrarian economy.

Readers are urged to consider the opinion expressed by Professor De Costa, and get clarity on why fertiliser is needed, and also the role played by inorganic fertiliser in particular for crops like Tea, Rubber and Coconut, and Rice, and how organic fertiliser introduction could be achieved without a disruption to crop yield, which will have a direct cascading effect on foreign exchange earnings and also on the country’s food security. Some have questioned, cynically perhaps, whether food importation is the real desired outcome of this sudden shift to organic fertiliser.

Whilst not wishing to label it as a benefit in using inorganic fertiliser, the reality as pointed out by Professor De Costa, in the role played by inorganic fertiliser for Tea, Rubber and Coconut, and Rice output, Sri Lanka’s key foreign exchange earners, and the staple food of Sri Lankans, Rice, is indeed a benefit or could even be labelled a “necessary evil” for this key export based agriculture industry which could have a significant downturn in yield, and therefore export earnings, in attempting to switch virtually overnight to organic fertiliser. In regard to Rice, such a drop in yield will result in the need to import Rice. Ironically, such imports of Rice will very likely be from inorganic fertiliser fed Paddy.

Besides the pros and cons associated with the fertiliser issue, the timing of the decision to impose a total ban on imports of inorganic fertiliser, switching to organic fertiliser, reliance on imported organic fertiliser to meet gaps in demand for it along with all the pitfalls associated with imported organic fertiliser, looks like a self-inflicted punishment, when this decision is considered from the troubled environment faced by Sri Lanka at present. It has more than enough of a share of bad luck and bad management. First, the COVID pandemic, which has impacted on the country’s health, education, the economy and brought out the worst in the country’s citizens, then the X Press ship linked pollution that will affect the environment of the country for more than 100 years according to several experts, and the rain and floods ravaging the country that poses a serious danger to the lives of many, and the country’s agriculture and food production.

The pit falls associated with importing organic fertiliser is explained by Professor De Costa as follows,

Sterilization of imported organic fertilizer to kill all alien microorganisms via a process of fumigation after importation is suggested as a solution to this problem. However, the large quantities of organic fertilizers that are required to be imported and the toxicity levels

of the chemicals that are used in fumigation could lead to environmental issues that the organic fertilizers are aiming to prevent. Recently, the Cabinet Minister of Agriculture went on record saying that only sterilized organic fertilizer conforming to quality standards acceptable to a government-appointed expert committee would be imported. Given Sri Lanka’s poor record of regulation, implementation and enforcement of quality standards on a range of items, both imported and locally-produced and both agricultural and non-agricultural, it remains to be seen whether these promises will be fulfilled.

In reading Professor De Costa’s article, one gets the impression that the hurried decision to impose and immediate ban on inorganic fertiliser has been a decision based on an inadequate degree of consultation with experts on this subject.In this regard, the President and the government is also urged to consider the issue of fertiliser from a wider perspective of land management, and a long term policy on it with immediate, medium term and long term objectives.

The answer to a higher yield is not to use more land in order to achieve that goal. Unless someone has missed it, Sri Lanka is not exactly blessed with huge tracts of arable land!

Land management and a policy on land management should also take into account the current use of land for different agriculture products, and the future of such products. This is especially relevant when it comes to Tea, Rubber and Coconut. Plucking tea and tapping rubber is increasingly becoming a challenge, and is predicted to be even more of a challenge say in 10-20 years.

Mechanisation of this activity may be a possibility, but in regard to Tea, the land terrain in most Tea growing areas will be a challenge by itself for mechanisation.Again, research work will be needed as to how best technology could be used to find solutions to such difficulties. In the event some land that is presently used for Tea and Rubber becomes so unproductive and therefore unprofitable, thought will have to be given as to what other agricultural use such land can be employed to serve the needs of the country.

The government is therefore urged to consider the issue of fertiliser more holistically and from the wider perspective of a policy on land management, which must also include water management, and do so through a long term plan that has short term, medium and long term objectives and relevant action plans, targets and milestones. This requires an extensive consultation process, not just with experts, but also with people who are currently engaged in agriculture, health officials, community leaders and economists, and very importantly, the private sector.

It is hoped that the government will commence such a consultative process and perhaps by the middle of 2022, come up with a long term vision and a plan that is suitable for the country and which has broad acceptance of the people, therefore a sense of ownership of the plan.

The government is also urged to partner with the private sector in the country, and with universities (we have 17 of them now), so that the future direction when it comes to land management encompasses the interconnected, mutually dependent aspects which are all driven by research and development and private sector entrepreneurship.

Unfortunate as it is, it needs to be stated that the calibre and the quality of the country’s elected representatives, even highly educated academics who have turned politicians, leaves much to be desired, and government driven entrepreneurship would be an oxymoronic contradiction, and this task should be one that is driven and managed by the private sector in combination with universities that will be responsible for research and development work.

The planning horizon should not be when the next election is to be held, but how many generations are to be advantaged with sound, long term policy decisions.

The coastal belt from Negambo to Panadura opened for fisheries activities