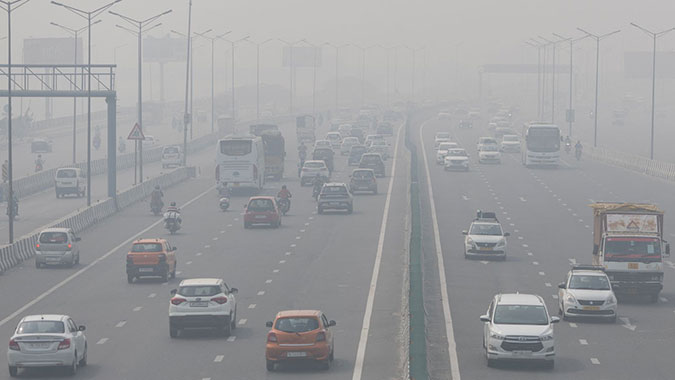 ANI: The air quality in the national capital remained in the ‘very poor category’ with AQI recorded at 337.

“I have come to Delhi after seven years and I can feel the drastic change in the air. The pollution is very high. I believe both government and the public should be aware and take the necessary steps to curb air pollution in the national capital.

Earlier, The Commission for Air Quality Management (CAQM), a Union government panel recommending steps to control air pollution in the national capital, announced a temporary ban on construction and demolition activities in Delhi-NCR as part of its Graded Response Action Plan (GRAP). The announcement came after the air quality in Delhi and the national capital region breached the ‘severe’ category.

However on Wednesday, the CAQM lifted the ban from the construction activities which was followed by the transport department revoking the ban on the transport activities.

“Delhi’s AQI has progressively been improving from a level of 407 (severe) on Sunday to a level of 353 (very poor) on Tuesday and to 304 (very poor) on Wednesday, which is about 100 AQI points below the threshold to for invoking Grap Stage III directions (AQI of 401-450). Further, the AQI is seeing a downward trend and the sub-committee of CAQM, accordingly, decides to revoke, with immediate effect, its order dated December 4, 2022, which had invoked all measures of Stage-III of Grap,” CAQM said in its order on Wednesday evening.