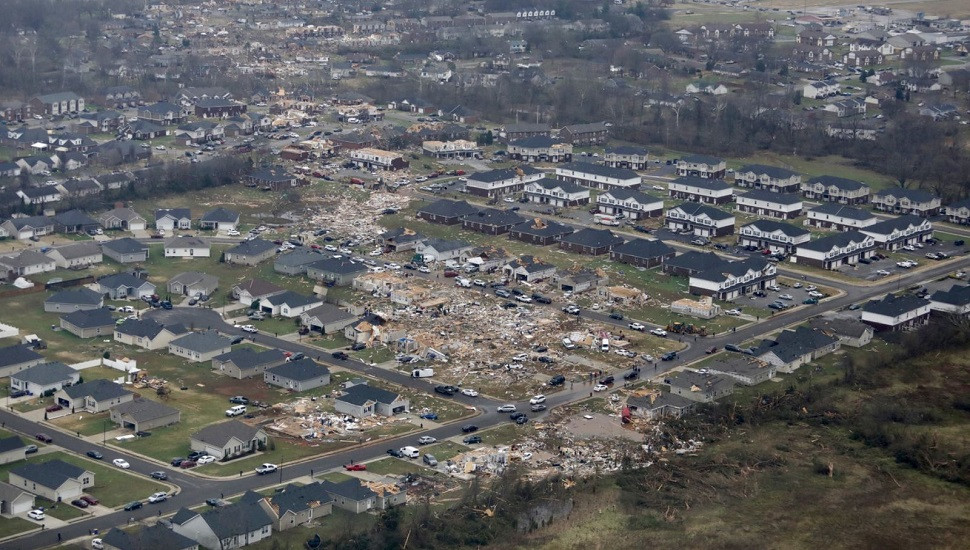 More than 30 tornadoes were reported across six states late Friday and early Saturday, killing dozens of people and leaving a trail of devastation.

The severe weather collapsed an occupied candle factory in Kentucky, an Amazon warehouse in western Illinois, and a nursing home in Arkansas, killing people at each site and leaving responders scrambling to rescue survivors.

“The level of devastation is unlike anything I have ever seen,” said Kentucky Gov. Andy Beshear.

Meanwhile,  President Joe Biden has said the government will do everything it possibly can to help central areas of the country devastated by tornadoes.

He said the storms were among the largest in US history.

More than 70 people died in Kentucky in Friday night’s storms, including dozens in a candle factory, and the death toll is expected to rise above 100.

Emergency teams are searching through the rubble of the factory, in the town of Mayfield, which was hit directly.

More than 40 people have been rescued out of some 110 in the factory but Kentucky Governor Andy Beshear said it would be a miracle if anyone else was found alive.

The conditions facing the authorities are hugely challenging, with the police station in Mayfield destroyed and firefighters’ equipment damaged.

Tens of thousands of people in the state are also without power and water.

At least 12 people died as tornadoes wreaked havoc in other states, including six in an Amazon warehouse in Illinois.

From gas explosions to ‘fertiliser blasts’